OIC must ensure other countries don't follow US suit and open embassies in Jerusalem: FM Çavuşoğlu 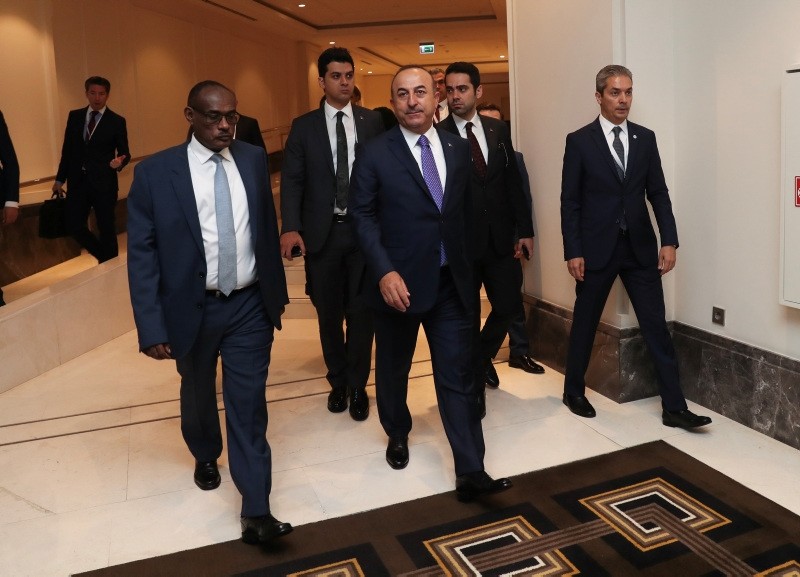 Muslim countries must together ensure that other nations don't follow in the path of the United States and open embassies in Israel's Jerusalem, Turkey's foreign minister said on Friday, at the start of a summit to address the issue.

Mevlüt Çavuşoğlu made the comment at an opening address of an emergency meeting of the Organization of Islamic Cooperation (OIC), which Turkey called after Israeli forces killed dozens of protesters in Gaza. The protesters were demonstrating against the opening of the United States embassy in Jerusalem.

"In the final declaration, we will emphasize the status of the Palestine issue for our community, and that we will not allow changing the status of the historic city," Çavuşoğlu said. "We must prevent other countries from following the U.S. example."

"Israel's recent crimes in Palestine and the relocation of the U.S. Embassy to Jerusalem need serious coordination between Islamic countries and the international community," Zarif told Iran state television after arriving in Istanbul.

Turkey has been one of the most vocal critics of the U.S. move and the violence in Gaza, with the government declaring three days of mourning for those killed. Erdoğan has described the actions of the Israeli forces as a "genocide" and Israel as a "terrorist state".

U.N. human rights chief Zeid Ra'ad al-Hussein on Friday said Israel has systematically deprived Palestinians of their human rights, with 1.9 million in Gaza "caged in a toxic slum from birth to death".

The controversial decision by U.S. President Donald Trump on Dec. 6 to relocate the U.S. Embassy in Israel from Tel Aviv to Jerusalem had sparked international criticism.

The OIC had also convened then on Dec. 13 in an emergency meeting in Istanbul where the leaders of the Muslim world declared the decision "null and void." In addition, the OIC declared in a statement following the summit that east Jerusalem was the capital of Palestine "under occupation" and urged the U.S. to withdraw from the peace process and back down from its Jerusalem decision.

However, the lack of high-level participation in the December summit was criticized at the time by President Recep Tayyip Erdoğan.

Arab leaders have been criticized by pundits for failing to stand up for the rights of Muslims and instead cooperating with Israel and the U.S.

The U.S. relocated its embassy to Jerusalem on May 14, a day before the 70th anniversary of Israel's establishment in 1948, an event Palestinians refer to as the "Nakba," or the "Catastrophe."

Thousands of Palestinians had gathered on Gaza Strip's eastern border early Monday morning to take part in protests aimed to commemorate the Nakba anniversary and protest relocating the U.S. embassy to Jerusalem. Most of the Palestinians killed on Monday were shot by Israeli snipers, Gaza's Health Ministry said. More than 2,200 Palestinians were also injured by gunfire or tear gas.