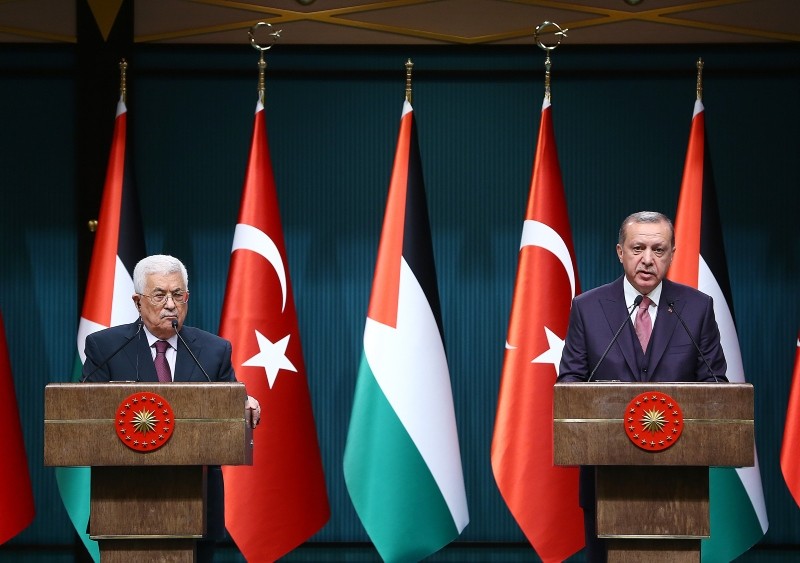 President Recep Tayyip Erdoğan and his Palestinian counterpart Mahmoud Abbas held a phone conversation Tuesday in which the two leaders discussed the latest summit of Organization of Islamic Cooperation (OIC) that convened in Istanbul after the controversial U.S. action to move its embassy to Jerusalem.

Erdoğan wished a speedy recovery to Abbas, who was hospitalized Sunday due to pneumonia days after undergoing an ear surgery.

He also informed Abbas on the summit and its final communique. The summit convened in Istanbul on May 18, four days after the deaths of more than 60 Palestinians and injuries of thousands more in Gaza protesting the U.S. embassy opening ceremony.

Abbas could not attend the summit due to health issues, and Palestine was represented by Prime Minister Rami Hamdallah.