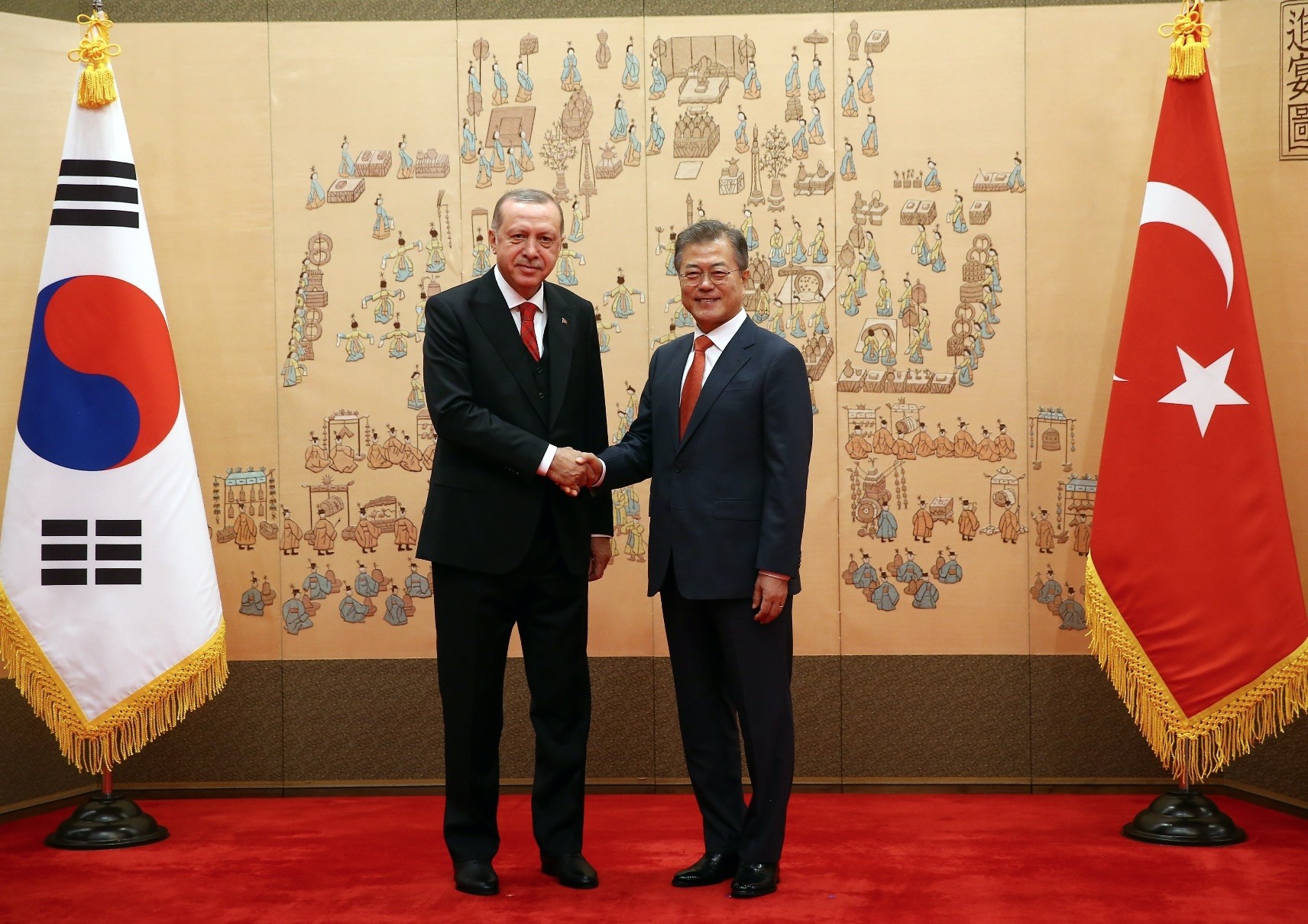 President Recep Tayyip Erdou011fan visited South Korea on May 1, which came after the summit held on April 27 between the two Koreas.
by Özgenur Sevinç
May 24, 2018 12:00 am

By visiting Korea ahead of the June 24 elections, President Erdoğan showed the importance he places on relations with the country. He also become the first world leader to visit Korea following the historical summit between the two Koreas

Republic of Korea's Ambassador to Ankara Choi Hong-Ghi said on Tuesday that President Recep Tayyip Erdoğan's recent visit to Korea in the middle of his preparations for the early elections in Turkey indicates the significance of their bilateral ties.

"Despite the snap elections and a busy agenda, Erdoğan visited Korea. This shows the significance given to the relations between the countries," Choi told Daily Sabah.

He added that the visit was also essential as Erdoğan was the first world leader in Korea following the historical summit between the two Koreas.

Erdoğan previously announced that the presidential and parliamentary elections will be held on June 24 which forced all political parties to accelerate preparations for the elections. 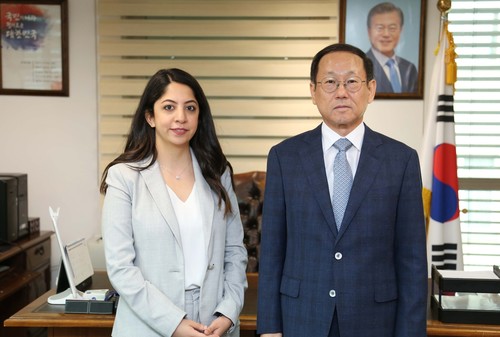 "Turkey has consistently supported South Korea which faces threats to its national security. During his recent visit to South Korea, Erdoğan and his counterpart Moon [Jae-in] also discussed ways that would lead to peace in the Korean Peninsula and possible contributions by Turkey," Choi stated.

Referring to the efforts to denuclearize the Korean Peninsula, the Korean envoy said, "We have long wished for establishing peace and will continue our efforts in this regard. In order to reach these objectives, we are expecting supports from friendly nations including Turkey." The leaders of the two Koreas met in a historical summit on April 27, which raised hopes for thawing of the ties and denuclearization of the peninsula. North Korea's leader Kim Jong Un vowed to shut down the country's nuclear test site and open the process to experts and journalists from South Korea and the United States.

However, it has been reported that upcoming summit scheduled for June 12 in Singapore between the North's leader and the U.S. President Donald Trump might be suspended. Choi said that he is cautiously expecting that the summit between the U.S. and North Korea would produce significant progress for the denuclearization of the Korean Peninsula.

The Korean envoy stated that during his visit, Erdoğan and Moon, agreed to further enhance ties in the fields such as defense, technology and economy.

He underscored that Turkey and South Korea have historical ties and consider each other "blood brothers" since Turkey joined the Korean War to support them.

Choi also highlighted that for Turkey's 2023 vision, Korean firms are willing to help in projects. "We will contribute to the 2023 vision of Turkey, since they proved themselves as reliable partners with previous projects such as the Eurasia Tunnel and the Yavuz Sultan Selim Bridge," he said.

He added that Korean firms have been showing great interest in the Kanal Istanbul project and are currently waiting for details from the Turkish side.

Touching on the cooperation in the field of technology, Choi said that the countries signed a memorandum of understanding in the field of information and communication technology which foresees joint training between experts and holding workshops.