Pressuring Erdoğan over S-400 won't produce results for US: Putin 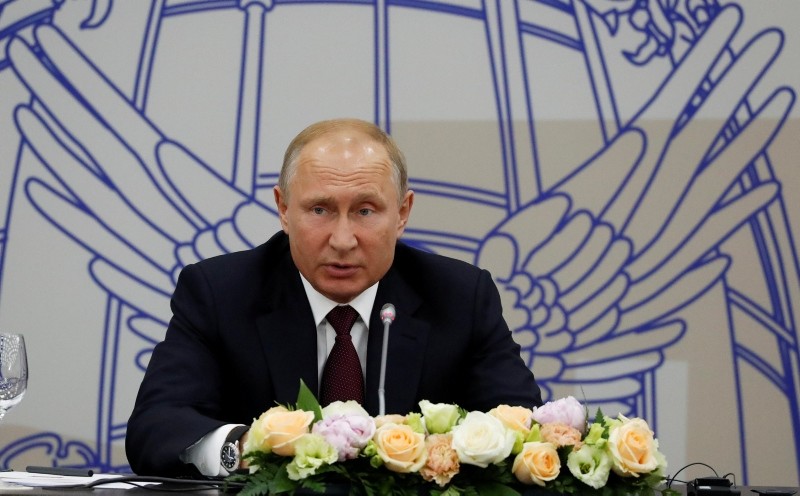 Russian President Vladimir Putin on Friday said the U.S. pressure on Turkey over the purchase of the S-400 defense missile systems will not produce results.

Speaking at the Saint Petersburg Economic Forum, Putin said: "As well as I know President Recep Tayyip Erdoğan, it is quite difficult to get any results by using pressure tools towards him. On the contrary, this will encourage Mr. Erdoğan, and he will not make compromises while protecting national interests."

Putin criticized the U.S. for creating obstacles on the delivery of F-35 warplanes to Turkey and said Turkey is not the first NATO member to purchase Russian defense systems.

"I am having a hard time to explain this pressure. Such attitude against Turkey is unfair." Putin said.

A U.S. Senate committee on Thursday passed a defense policy bill that included measures to prevent Turkey from purchasing the F-35 jets.

In responding to the U.S. Senate bill, Turkish foreign ministry said the latest U.S. move targeted Turkey to persuade it to drop its S-400 defense system deal with Russia and release American pastor Brunson, who is held in Turkey on terror charges for his links to the PKK and the Gülenist Terror Group (FETÖ).

U.S. Secretary of State Mike Pompeo said Wednesday on Capitol Hill that he has not made a decision on the delivery of F-35 warplanes to Turkey.