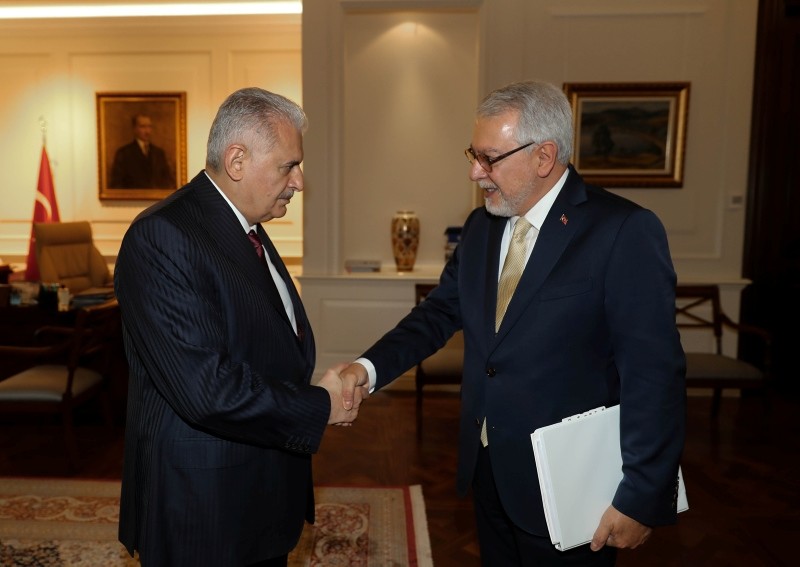 Turkey's ambassador to Washington has returned to his post after being called to Ankara for consultations over the U.S. moving its embassy in Israel to Jerusalem.

The foreign ministry confirmed that Serdar Kılıç left Ankara on Thursday, two weeks after Turkey recalled him for consultations.

Kılıç met President Recep Tayyip Erdoğan and Prime Minister Binali Yıldırım to discuss the embassy move and Israeli killings of over 100 Palestinian protesters in protests along the Gaza border.

Speaking to A Haber television channel on Wednesday, Foreign Minister Mevlüt Çavuşoğlu said Kılıç would return to his post before the minister's scheduled meeting with his U.S. counterpart Mike Pompeo on June 4 in Washington.

"As you know, we did not pull him permanently, it is not a right thing not to have an ambassador in Washington," Çavuşoğlu said.

The two ministers are expected to discuss a "roadmap" for the strategic northern Syrian town of Manbij that has driven a wedge between the two NATO allies.

On May 25, the Turkish-U.S. working group on Syria met in Ankara to continue ongoing conversations regarding Syria and other issues.

Following the meeting, a joint statement was published saying that "the two sides outlined the main contours of a Road Map for their further cooperation in ensuring security and stability in Manbij, which is held by the PKK terrorist organization's Syrian affiliate, the People's Protection Units (YPG).