Roadmap for Syria's Manbij to be announced after Tillerson meeting, FM says 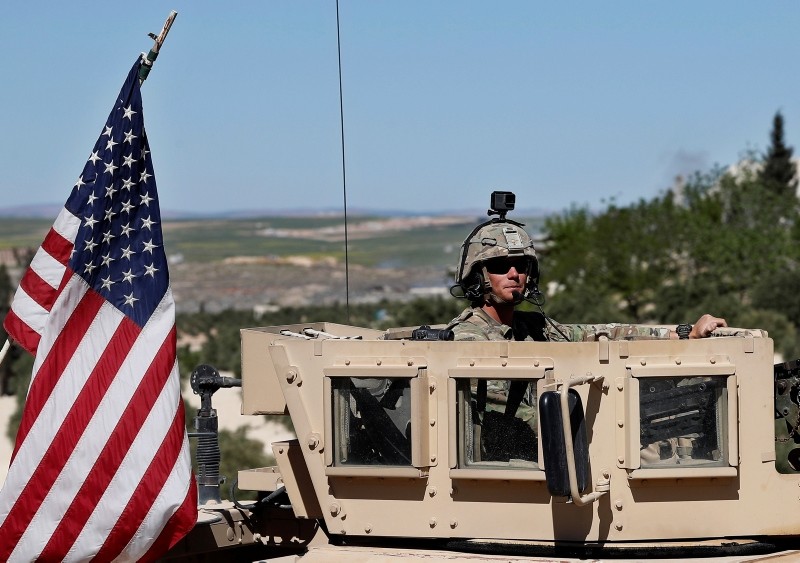 The roadmap on Syria's Manbij is expected to be announced following negotiations between Turkey and the U.S., which will take place after a meeting with U.S. Secretary of State Mike Pompeo on June 4 in Washington, Foreign Minister Mevlüt Çavuşoğlu said Saturday.

Speaking to reporters in the southern Antalya province, Çavuşoğlu said the meeting would focus on withdrawal of the PKK-affiliated People's Protection Units (YPG) terror group from the northern Syrian city and ensuring stability in the region.

"Who will govern here [Manbij] until a political solution is reached in the country? Who will be responsible for security? Joint action and joint decision with the U.S. on these issues is the basic framework of the main roadmap," Çavuşoğlu said.

He said if the Manbij plan is implemented successfully, other YPG-held Syrian towns would follow.

"We have to stabilize these places," Çavuşoğlu said, adding that there are hundreds of thousands of Kurds who had to flee persecution by YPG.

The foreign minister highlighted that the return of Syrians to their homes depends on ensuring stability, noting that over 170,000 of them have returned following the successful Operation Euphrates Shield.

Çavuşoğlu noted that twice the amount of Syrians would return after the terrorists are completely cleared.

Should the final deal be agreed on June 4, YPG/PKK terrorists will leave Manbij in accordance with a date to be determined in Washington.

In the second phase which is expected to start 45 days after June 4, the U.S. and Turkish military and intelligence authorities will start a joint inspection of Manbij.

The third phase includes forming a local administration in Manbij within 60 days after June 4.

Following a visit by former U.S. Secretary of State Rex Tillerson to Ankara in February, Turkey and the U.S. established a mechanism to address separate issues in working groups, including the stabilization of Manbij and to prevent any undesirable clashes.

The first meeting of the working group on Syria was held on March 8-9 in Washington.

U.S. military support for the YPG/PKK terrorist group in Manbij has strained ties between Ankara and Washington and has led to fears of military clashes between the two NATO allies since there are roughly 2,000 U.S. troops in the city.

In January, Turkey launched Operation Olive Branch in Afrin, northern Syria to clear terrorist groups from the area. After liberating the city of Afrin, Ankara said it might also extend its operation further east to Manbij unless the YPG/PKK terrorist group leaves the strategically located city.