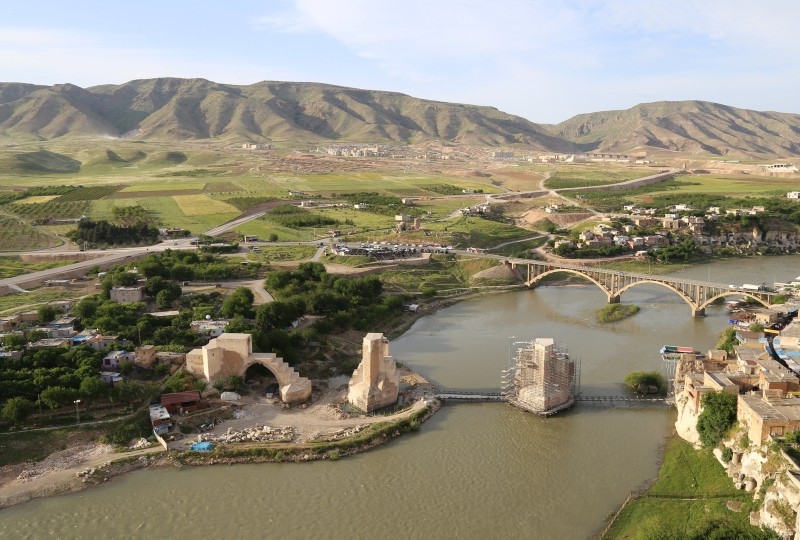 Turkey said Tuesday that Iraqis have nothing to fear from the filling of an upstream reservoir on the Tigris River, saying "sufficient quantities of water" would continue to flow to the neighboring country.

"This is an important matter for both countries," he told a news conference held to inform the Iraqi people about the dam. "We will not take any step without consultation with the neighboring country on how we can cooperate and provide support during any problem."

Commenting on the issue through his social media account later in the day, Yıldız sought to ease Baghdad's concerns further, saying Turkey exhibited its willingness to cooperate when it postponed water-holding operations at Ilısu Dam previously.

"Turkey will continue to be on Iraq's side regarding the Tigris and Euphrates, seen as our common water," he said.

Reiterating that during the period from June 1 to November 1 the natural flow of the Tigris River will continue at the agreed amount, Yıldız said the two sides were set to meet again on Nov. 2 and dialogue would continue between Ankara and Baghdad on the matter.

The ambassador said Turkey listened to Iraq's fears about filling of the dam and postponed the set date for its neighbor even though it is in need of water too.

He also said the countries would continue sharing the water "as brothers".

Yıldız also dismissed media reports that the dam could cut water supply to Iraq, reminding that the dam was built for power generation rather than irrigation.

The Ministry of Forest and Water Management spokesman said Turkey was "partially" filling the dam's basin by closing one of the valves on the first of three diversion tunnels. The second tunnel will probably be sealed three months later and the third shut more than six months later, the spokesman said.

Iraq's Minister of Water Resources has also downplayed fears of drought, saying there will be enough water for drinking and for half the normal summer irrigation. Hassan al-Janabi told Al-Sumaria TV on Sunday that there had been an "unfair and organized defamation campaign to spread panic among Iraqis."

He said Iraq and Turkey reached a "fair" agreement whereby Turkey will release 75 percent of the river's volume while keeping the rest to fill the dam over the next six months.

The Ilısu Dam will be officially inaugurated by President Recep Tayyip Erdoğan before the June 24 elections. Though it was meant to be launched in March, Iraqi Prime Minister Haider al-Abadi requested that the water-holding operation be postponed until June.