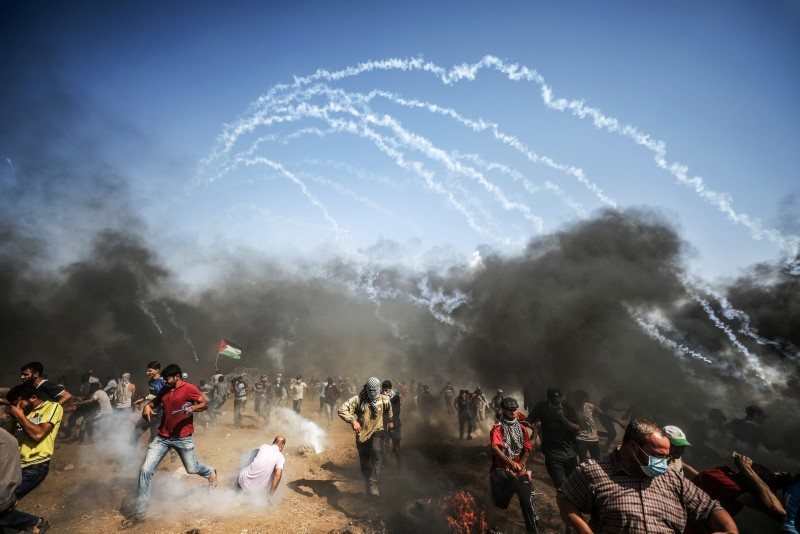 Turkey and Algeria have called for an emergency session of the U.N. General Assembly (UNGA) to discuss and vote on a draft resolution on protection of Palestinians.

The session was requested by Turkey as the term president of Organization of Islamic Cooperation (OIC) and Algeria in the name of Arab Union, a joint statement said Friday.

The statement was issued following a meeting between UNGA President Miroslav Lajcak and Turkey's envoy to the U.N. Feridun Sinirlioğlu, along with permanent representatives of Algeria, Bangladesh, Senegal, Egypt and Palestine at the U.N.

The date for the emergency meeting will be announced in a few days. It is expected to take place next week, according to diplomatic sources.

Palestine's envoy to the U.N. Riyad Mansour said the text of the draft resolution would be similar to a previous draft resolution submitted by Kuwait on May 18 to the UN Security Council and vetoed by the U.S. on June 2.

Kuwait-proposed U.N. Security Council draft resolution condemned Israeli violence and called for the "protection of the Palestinian people" in Gaza and the West Bank.

Ten countries, including China, France and Russia, voted in favor, while the U.K., Poland, the Netherlands and Ethiopia abstained.

Later, the Security Council rejected a U.S. proposal calling for condemnation of Hamas for violence in Gaza.

The U.S. resolution was opposed by Russia, Kuwait and Bolivia while 11 countries abstained from voting.

The resolution called for condemnation in the strongest terms of the May 29 rocket attacks from Gaza on Israel which harmed its civilian infrastructure.

Last December, the U.N. overwhelmingly adopted a resolution on Jerusalem, calling on the United States to withdraw its recognition of the city as Israel's capital, with 128 votes in favor.