Turkey, US to discuss military implementation of Manbij roadmap at Stuttgart, Mattis says 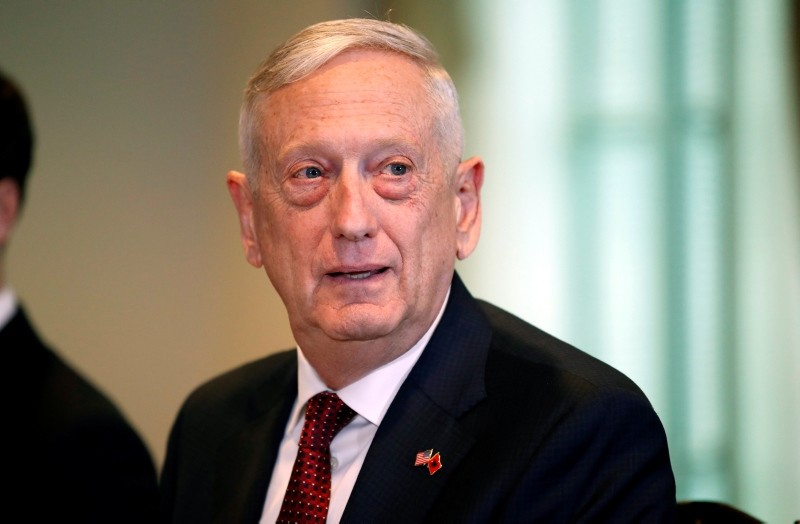 U.S. Defense Secretary James Mattis said Monday that the country was ready to implement the Manbij roadmap with Turkey and the military implementation of the plan would be discussed in Germany's Stuttgart this week.

"We are prepared to go forward with the collaboration....it starts with us knowing where each other's at, then patrols on each side...and then probably kind of collaborative patrols inside the pocket," he said.

Last Monday, a Manbij roadmap was announced after a meeting in Washington between Turkish Foreign Minister Mevlüt Çavuşoğlu and U.S. Secretary of State Mike Pompeo.

Çavuşoğlu said the aim of the roadmap is to ensure that the YPG leaves Manbij and then have the U.S. and Turkey work together to establish a local security structure and "decide together who is going to govern Manbij."

The process will involve a 10-day preparation period that started Tuesday June 5, before YPG militants start withdrawing. They will withdraw in 20 days, after which Turkish forces will be deployed to pacify the region and train local forces to establish security. The YPG will be withdrawing to the east of the Euphrates River.

Ankara has been long criticizing the U.S. on the grounds that Daesh cannot be defeated by supporting another terrorist group such as the Syrian Democratic Forces (SDF), which is predominantly led by the PKK-affiliated YPG.

U.S. military support for the YPG terrorist group in Manbij has strained ties between Ankara and Washington and has led to fears of military clashes between the two NATO allies since there are roughly 2,000 U.S. troops in the city. On Jan. 20, Turkey initiated Operation Olive Branch in northern Syria to clear Daesh and PKK-linked terrorist groups, including the YPG and SDF, from the region. After liberating Syria's Afrin on March 18 alongside the Free Syrian Army (FSA), Turkish forces pressed on toward the goal of eliminating all terrorists west of the Euphrates. The U.S., however, along with France, has intensified its military presence in Manbij, providing increased support for YPG-stocked SDF forces in northern Syria.