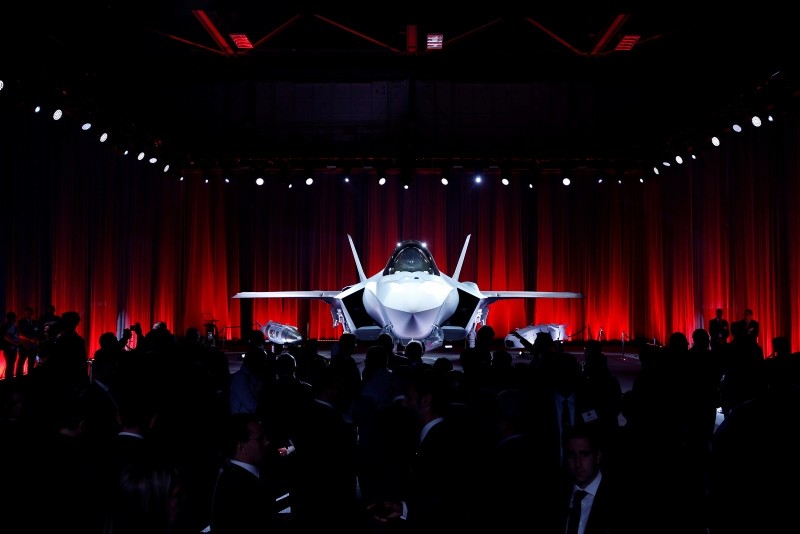 Lockheed Martin on Thursday denied access to Daily Sabah newspaper's Washington correspondent in a ceremony at the company's facilities in Fort Worth, Texas.

Turkish reporter Ragıp Soylu was told before entering the reception that his accreditation was canceled by the decision of the Joint Strike Fighter program of the Department of Defense on security grounds.

After Soylu took the incident to Twitter, a Lockheed Martin aircraft operator named Courtney Ruiz replied to one of Soylu's tweets, using vulgar language and telling him he cannot come to the Lockheed Martin fields.

The initial act of barring Ragip is worrying. This comment by someone who appears to be a @LockheedMartin employee doesn't help. We look forward to hearing some sort of explanation from the company. https://t.co/mOnv5cCMYY

The official account of Lockheed Martin tweeted an apology to Soylu for the inconvenience following the event and said Ruiz's comments do not reflect the company's view.

A spokesman for the Joint Strike Fighter Program Office also apologized to Soylu on the phone and said the inconvenience was caused by a misunderstanding and disorganization with Lockheed Martin.

The previous comments do not reflect our company's view. We strive to maintain transparent relationships with media and apologize to @ragipsoylu for the inconvenience. Our Fort Worth site is bound by the USG visit approval processes.

There is one more tweet that is needed to be taken into consideration. If u have employees who hates partner countries, there is lack of security in your company. What happens if one of your employee sabotages one of the F35 that is planning to be delivered to Turkey. pic.twitter.com/7eWt7zUUwZ

Turkish, American and Lockheed Martin officials held a ceremony on Thursday to mark the "roll out" of the first F-35A Lightning II jet for Turkey. Lockheed Martin typically hosts such a ceremony to recognize every customer's first aircraft.

The aircraft is headed to Arizona, where F-35 training takes place. Delivery of the jets to Turkey is not expected until next year.