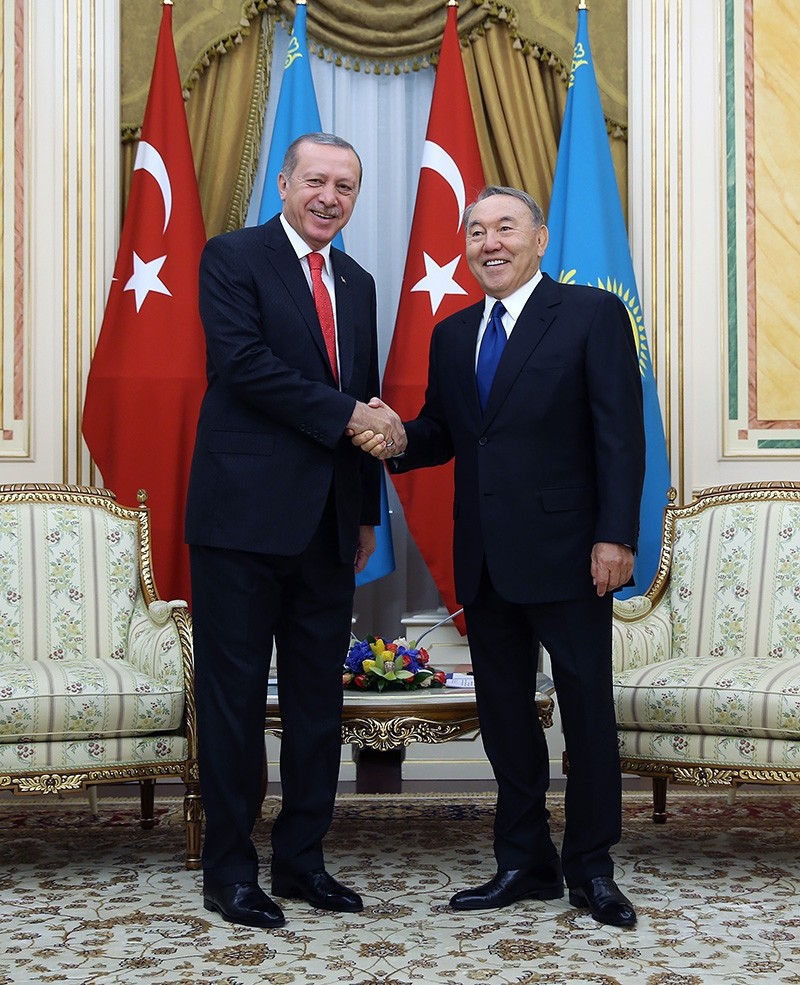 The phone call marked Nazarbayev's 78th birthday, the sources said on condition of anonymity due to restrictions on speaking to the media.

The two leaders confirmed the importance of strengthening bilateral ties in all areas.

Nazarbayev is nicknamed "Aksakal" (White Beard) in the Turkic world due to his age and his reconciliatory leadership that has fostered strong ties with regional neighbors, the West and Russia.

Erdoğan's visited Kazakhstan in September to attend the Organization of Islamic Cooperation (OIC) Science and Technology Summit held in the capital Astana.

Turkey, Iran and Russia launched the Astana process in the Kazakh capital to contribute to efforts end the ongoing Syrian conflict by establishing de-escalation zones, deliver humanitarian aid and ensure safe return of displaced people. Kazakhstan has played a facilitating role in the talks.