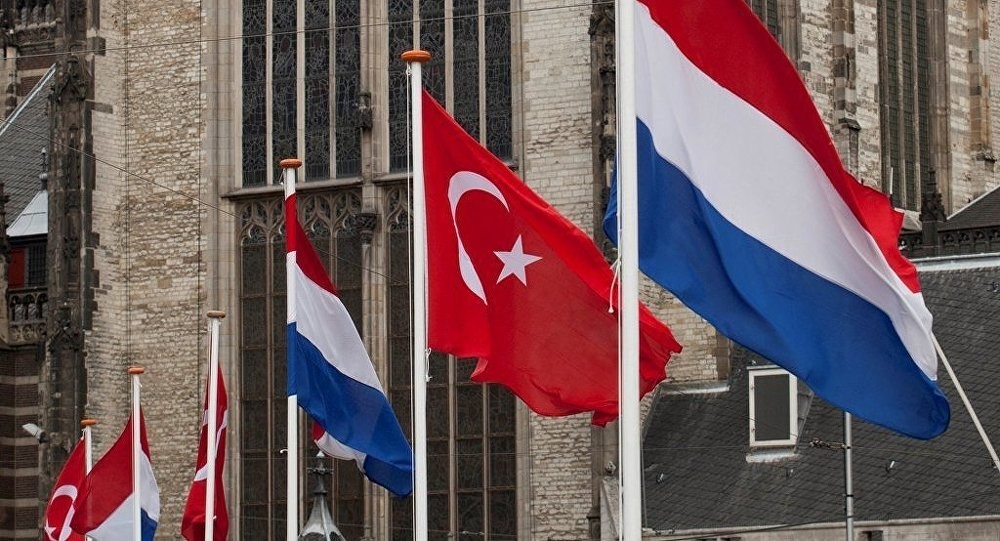 Turkey and the Netherlands have decided to normalize bilateral relations and have restored full formal diplomatic ties, the Turkish Foreign Ministry said Friday.

The decision was reached in a phone call between Foreign Minister Mevlüt Çavuşoğlu and his Dutch counterpart Stef Blok following the latter's letter, the statement said.

Describing the events of March 2017, which resulted in a deterioration of relations between the two countries, as 'regretful', both ministers stated "their respective countries' readiness for normalization of affairs."

Underlining the importance of strategic cooperation between both countries on a range of issues such as migration, combating terrorism and fostering economic cooperation, both ministers emphasized that Turkey and the Netherlands have been NATO allies for over 60 years, have had intensive ties for more than 400 years and enjoy substantial trade and investment ties.

The ministers took the decision to restore contacts after they met on the sidelines of the NATO Summit in Brussels on July 11. They also agreed that Stok will pay an official visit to Turkey in the second half of 2018.

A diplomatic row between the NATO allies broke out in March 2017, when the Netherlands barred government ministers from campaigning among the Turkish diaspora in the Netherlands.

Diplomatic relations had been conducted via only charges d'affaires since February, when Netherlands withdrew its ambassador, who had been physically barred from the country for almost a year.

Relations between Turkey and the Netherlands soured prior to the Dutch general elections on March 14, 2017. Looking to attract votes from nationalists, the previous Dutch government exerted a number of undemocratic actions against Turkish politicians.

It declined a landing permit to a plane carrying Foreign Minister Mevlüt Çavuşoğlu, who was scheduled to speak at a meeting in Rotterdam. The authorities also barred Family Minister, Fatma Betül Sayan Kaya from entering the Turkish Consulate in Rotterdam. She was forced to remain inside her vehicle for hours before being deported to Germany.

The incidents drew severe criticism from Ankara and the Foreign Ministry asked the off-duty Dutch ambassador in Ankara, who was on leave, not to return "for a while."