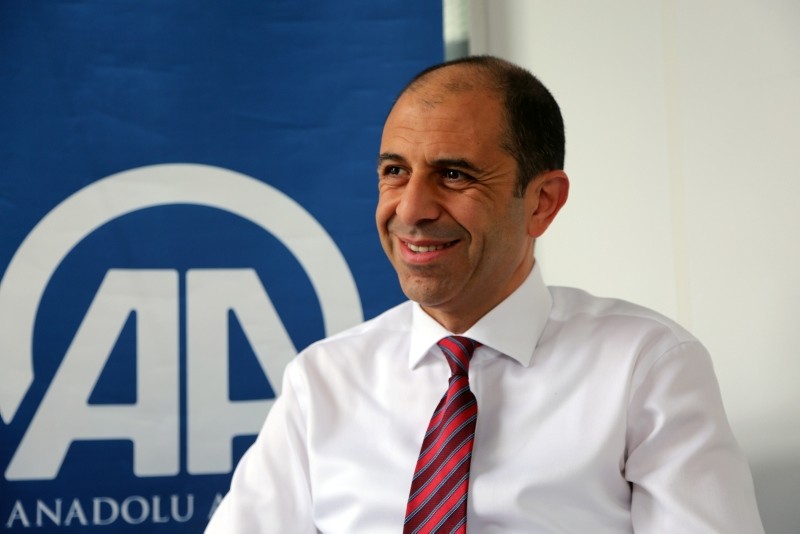 In an exclusive interview with Anadolu Agency during his visit to London, Kudret Özersay explained the project was launched by the TRNC Foreign Ministry under the slogan "Homeland is calling you".

"We are making this visit (to London) to share the message and the project with thousands of Cypriot Turks and TRNC nationals living here to strengthen their ties with TRNC and to make their trips to TRNC more frequent, to make their ties closer in every sense and to facilitate the return of our citizens who are planning to," he said.

Özersay said that for the first time the government took the issue of the Turkish Cypriots seriously by implementing the project on a ministry level.

He said the project will help obtain the accurate information about Turkish Cypriots abroad such as number of generations abroad, their professions, their gender, presence in politics.

A large number of Turkish Cypriots are living in Turkey and Australia, he noted.

During Britain's colonial rule and in the bi-communal Republic of Cyprus between 1960 and 1974, Turkish Cypriots were attacked by right-wing Greek Cypriot militia groups aiming to diminish Turkish community's power in the government and unite the island with Greece. Starting from early 1960s, they were forced to live in enclaves scattered through the island and their community leaders were either forced out of government posts amid pressure or withdrew in protest.

In that tumultuous period, the tens of thousands of Turkish Cypriots departed for Turkey, Britain and Australia with Greek Cypriot authorities often facilitating this exodus. Many others joined their relatives after 1974 due to difficult economic conditions stemming from decadeslong embargo and political isolation.

Speaking about the Cyprus peace process, Özersay said both the Turkish and Greek side need to discuss new ideas as "talking about the same things again and again without getting any results is tiring."

"Everyone is tired of this unfruitful debate and unfruitful process," he said.

"I think it is time to test the sincerity of the international community […]," he added.

Cyprus has been divided since 1974, when Ankara held a military intervention as a guarantor power to save island's Turkish community from total annihilation after far-right Greek Cypriot coup backed by the military junta government in Greece toppled then-President Archbishop Makarios.

It has seen an on-and-off peace process in recent years, including the latest initiative in Switzerland under the auspices of guarantor countries Turkey, Greece and the U.K. collapsing in 2017.