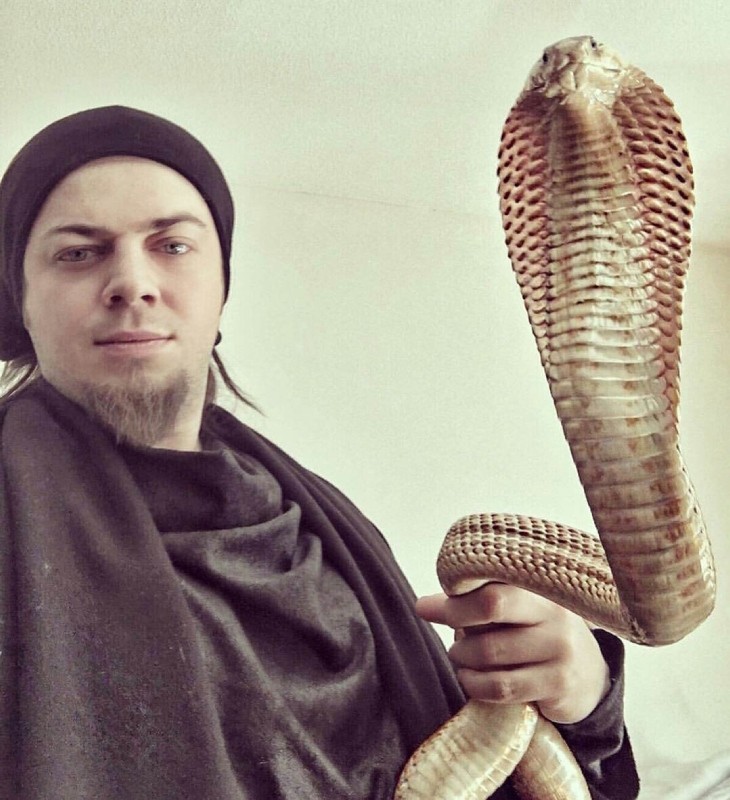 An incident of an Iranian-origin illusionist's poisoning by an Egyptian cobra created an unusual diplomatic channel for Turkey and Egypt, two countries that have had strained relations for years

A long political feud between Turkey and Egypt shows signs of normalization, thanks to an Iranian-origin illusionist's poisoning by an Egyptian cobra, creating an unusual diplomatic channel to ease the tense ties between the two countries.

Aref Ghafouri, an Iranian-origin illusionist familiar to Turkish audiences, was bitten by a cobra snake he uses in his shows and faces death if he does not immediately receive antivenin treatment in Egypt, where he was taken by an ambulance plane on Monday. However, the process required diplomatic efforts due to the tense relations between the two countries since Egypt initially rejected to provide a visa for the magician, turning the matter into a diplomatic struggle.

Known by his stage name Aref, the 28-year-old illusionist had been holding shows in luxurious hotels in the southern province of Antalya for the last couple of months.

On Sunday afternoon, Aref was bitten by the Egyptian cobra (Naja Haje Legionis) on his right arm during the preparation for the show. The illusionist blocked blood flow to the arm with a piece of cloth and rushed to the Antalya Training and Research Hospital with his Russian assistant Yana Vinter.

After first aid at the hospital's snake bite unit, hospital officials said that antivenin for cobra bites cannot be found in Turkey. Ünal Hülür, the provincial health director for Antalya, also arrived at the hospital to help health ministry officials with efforts to bring the antivenin from Egypt or France, the only two countries in possession of the treatment.

Considering that bringing the antivenin would exceed 24 hours, Aref demanded that he be transferred to Egypt as the closest destination. He was taken into the intensive care unit as his relatives were looking for an ambulance plane, which arrived from Istanbul to Antalya early Monday morning. However, the plane could not depart since Egypt requires a visa from Turkish nationals, and, despite all efforts by the Turkish Foreign Ministry, Egyptian authorities would not issue a visa for Aref, because of the feud with Turkey. Yet, the Turkish embassy in Cairo also stepped up efforts and convinced Egyptian authorities to make an exception for the magician. Eventually, both sides came to terms on saving a person's life, which was a step that has a potential to cause an ease within the relations of the two countries.Following the crisis, Turkish Health Ministry said in a statement on Monday afternoon that Aref was transferred to the Egyptian capital Cairo after successful efforts by the Turkish Foreign Ministry and General Directorate of Foreign Relations. The statement said that Aref is in a stable condition, his liver and kidney function tests and blood tests are normal and his right arm has swollen without necrosis, but he still needs the antidote. Experts said that if Aref does not receive the antivenin Monday, he might die of the bite.

Bilateral ties between Turkey and Egypt have been in tension since the ousting of Egypt's first democratically elected President Mohammed Morsi by the incumbent President Abdel-Fattah el-Sissi in 2013. Turkey has been critical of Morsi's ouster, describing his overthrow as a military coup.

It would not be a surprise for Turkish politics if this unexpected poisoning incident would end up with a rapprochement between Turkey and Egypt since the country is familiar with these kinds of unusual diplomatic ways in its foreign relations.One of the best examples of unusual diplomacy is the one that was created by Foreign Minister Mevlüt Çavuşoğlu and his German counterpart at the time, Sigmar Gabriel in January. The frequently highlighted close friendship between Çavuşoğlu and Gabriel was reflected in a photograph taken in Gabriel's home in his hometown Goslar, a central German city. The photo showed Gabriel pouring tea in Çavuşoğlu's cup from a traditional teapot, used to brew tea in almost every home in Turkey. The meeting took place at a time when the relations between Turkey and Germany were quite tense mainly due to Germany's overlooking of the activities of the PKK and the Gülenist Terror Group (FETÖ) within its boundaries. Mirroring the warm atmosphere of the photos circulated in the media, the top German and Turkish diplomats announced their agreement to keep dialogue channels open as a step to normalize the recently strained ties, while acknowledging the existence of the disagreements, causing people to define the events as the "hometown diplomacy" that eventually led relations to be relatively normalized.