Brunson not a part of prisoner swap deal: Erdoğan 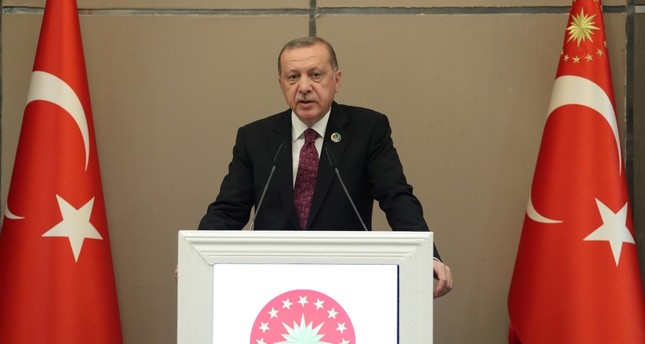 Erdoğan told reporters that Brunson's release has never been used in a possible prisoner swap deal with Washington and added the change in attitude was on Trump's side.

The president warned that the U.S. would lose a " strong and sincere ally" if it does not change attitude regarding the matter.

"In my opinion, this is psychological war."

A Turkish court ordered the release of Brunson, an American who was held in a Turkish prison on terrorism charges since 2016, from jail and commuted his detention to house arrest. One day after the court's ruling, U.S. President Donald Trump and Vice President Mike Pence threatened economic sanctions against Turkey.

Turkey's Foreign Minister responded by saying that Turkey was governed by the rule of law. "We will never tolerate threats from anybody," Çavuşoğlu said on Twitter. He later held a phone call with U.S. counterpart Pompeo regarding the matter. No further details were immediately available.

"No one can threaten or give orders to Turkey," said Hami Aksoy, a spokesman for the ministry. Turkey has shown the political will to improve relations with the U.S., he said, calling on Washington to engage in dialogue.

Share on Facebook Share on Twitter
Previous in Diplomacy Amid high-running tensions between the U.S. and Turkey over jailed... Next in Diplomacy President Recep Tayyip Erdoğan, speaking to reporters early Saturday...
DAILY SABAH RECOMMENDS