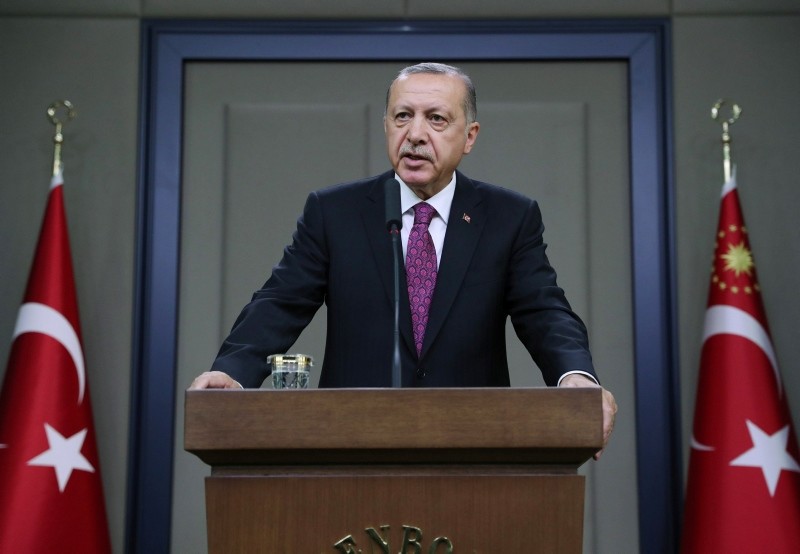 The threatening language of the United States will not benefit anyone, President Recep Tayyip Erdoğan said on Wednesday, as the Trump administration continues to sow tensions between both countries with threatening outbursts over the case of a U.S. pastor jailed in Turkey on terrorism charges.

Speaking to reporters in Ankara, Erdoğan said Turkey would not make compromises regarding the independence of the judiciary, and said the remarks of the "evangelist, zionist mentality" in the United States was unacceptable.

He also said his Foreign Minister Mevlüt Çavuşoğlu, would hold talks with U.S. Secretary of State Michael Pompeo on the sidelines of an ASEAN meeting in Singapore.

The two previously held two phone calls to discuss Brunson's case, as well as other issues, such as the F-35 deal with Turkey and latest developments in Syria.

Brunson was arrested in September 2016, in the aftermath of the July 15, 2016 coup attempt in Turkey that was carried out by the Gülenist Terror Group (FETÖ). He is accused of links to FETÖ as well as the PKK terrorist group.

Last week, a court in Izmir ordered that Brunson be put under house arrest as his trial continues, citing health problems.

The American pastor will be also fitted with an ankle monitor and is barred from leaving the country. He is scheduled to appear before a court in October for his third hearing after the court rejected an appeal for his release in a July 18 hearing.