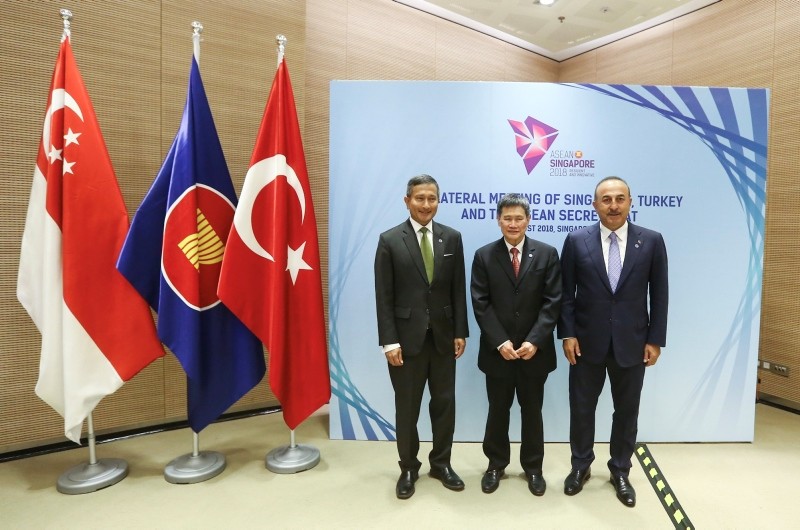 The first-ever Association of Southeast Asian Nations (ASEAN) — Turkey Trilateral Ministerial Meeting was held in Singapore on Wednesday, according to Turkish diplomatic sources.

The trilateral meeting follows the establishment of a sectoral dialogue partnership between Ankara and ASEAN countries last year.

The discussion was held in line with the framework of the 51st ASEAN Foreign Ministers' Meeting as part of Turkey's goal to deepen relations with international organizations.

Çavuşoğlu is also expected to hold bilateral meetings with his counterparts from other participating countries.

Ankara formed ties with ASEAN in 1999 and attended its first summit in 2013. Also, Turkey got observer status in ASEAN's multinational police force in 2014 and became a sectoral dialogue partner at last year's ASEAN Foreign Ministers' Meeting in the Philippines.

According to Turkish Foreign Ministry, Ankara's "ultimate objective" for developing its relations with ASEAN is to achieve dialogue partnership.

After Turkey opened its embassy in Laos last year, Turkey has diplomatic representation in all 10 ASEAN member states.