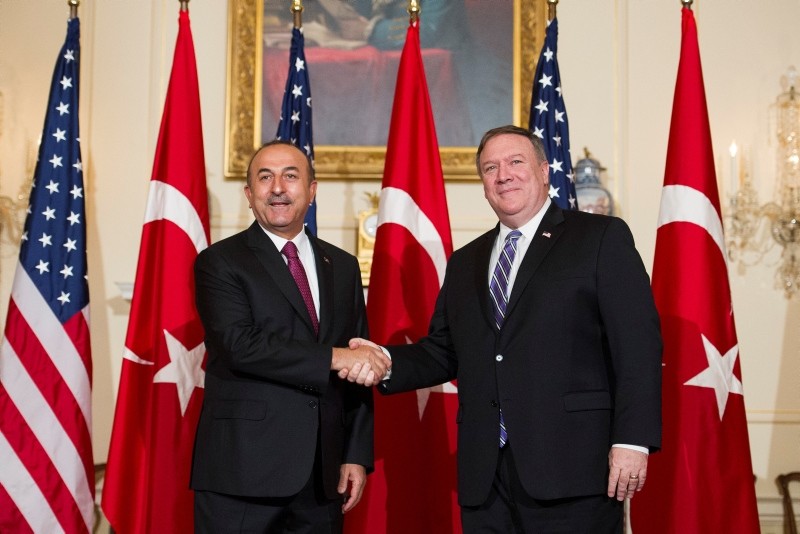 Foreign Minister Mevlüt Çavuşoğlu and U.S Secretary of State Mike Pompeo held a phone call Wednesday, marking their third such conservation in the past week, as the ministers attended an ASEAN meeting in Singapore.

The call was requested by Pompeo, foreign ministry sources said. No other details were immediately available.

The call comes amid a row between the two NATO allies over the release of Pastor Andrew Brunson, an American who was held in a Turkish prison on terrorism charges since 2016.

President Donald Trump and V.P. Pence fueled tensions after they threatened to impose sanctions on Turkey if pastor Andrew Craig Brunson -- who faces terrorism-related charges -- was not released from house arrest.

Ankara has balked strongly at Trump threatening Turkey with sanctions if it does not release Brunson, who is charged with spying for FETÖ and the PKK — a designated terrorist group in the U.S. and Turkey.