US sanctions Turkish ministers of justice and interior over Brunson case 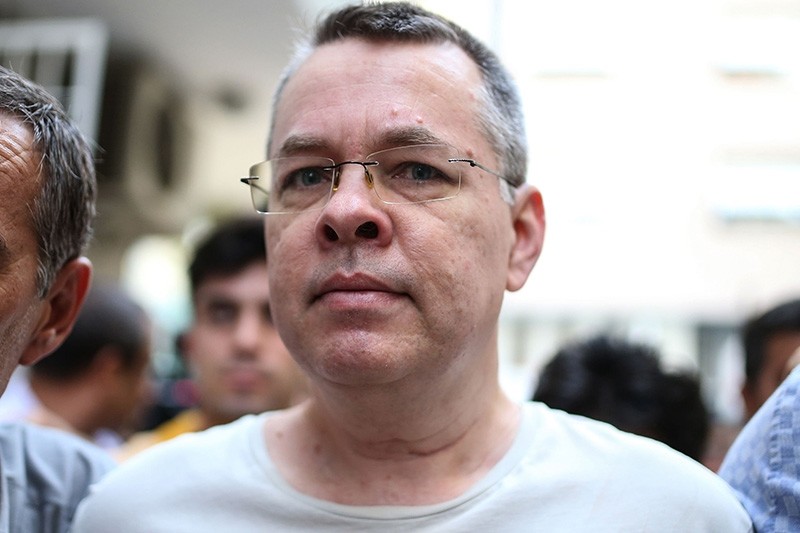 The U.S. Treasury on Wednesday issued sanctions against Turkish officials including Minister of Justice Abdülhamit Gül and Minister of Interior Süleyman Soylu in retaliation over Turkey's detainment of terror-linked U.S. pastor Andrew Brunson.

The statement claimed these officials were responsible for "human rights abuses" carried out by Turkey -- a key NATO ally of the U.S.

"President (Donald) Trump has made it abundantly clear that the United States expects Turkey to release him immediately," Mnuchin said.

U.S. President Trump has taken up the tactic of strong-worded threats, and apparently now sanctions, to attempt to coerce Turkey into making a decision. Ankara asserts that Brunson's case is a matter of the Turkish judiciary apart from political will.

The sanctions are issued under "Executive Order (E.O.) 13818, 'Blocking the Property of Persons Involved in Serious Human Rights Abuse or Corruption,' which builds upon Treasury's Global Magnitsky Act authorities," the statement added.

White House spokeswoman Sarah Huckabee Sanders commented on the sanctions, saying they reflected the U.S. belief that Brunson "is a victim of unfair and unjust attention by the government of Turkey."

Brunson, who was previously jailed for his links to Gülenist Terror Group (FETÖ) and the PKK, was released on July 25 following an appeal by his lawyer, who objected his extended detention in an earlier hearing, citing health problems the 50-year-old defendant suffers from.