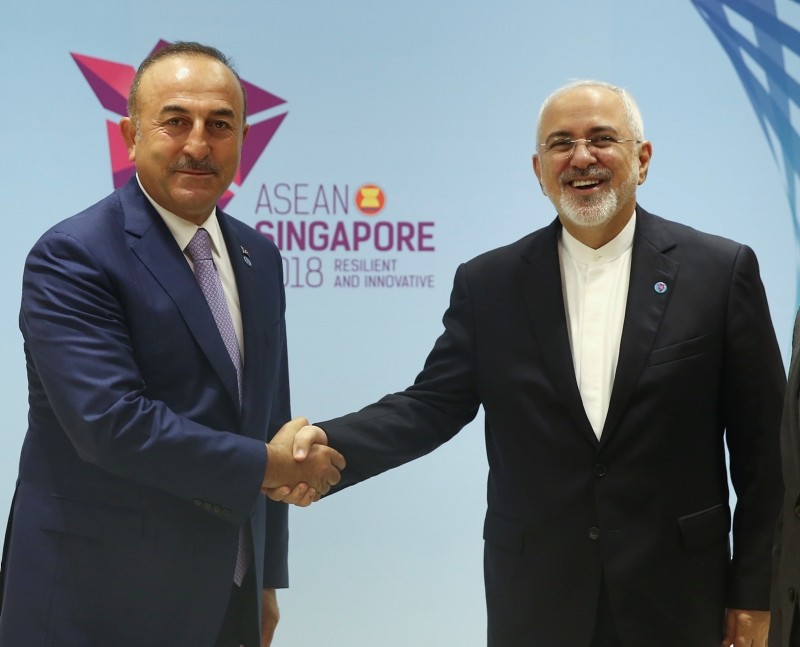 Foreign Minister Mevlut Çavuşoğlu discussed bilateral ties with his Japanese, Iranian and Russian counterparts on the sidelines of the 51st Association of Southeast Asian Nations (ASEAN) meeting in Singapore Thursday.

"The cooperation between Turkey and Japan is gaining momentum in many fields. We hope this momentum will continue with high-level visits," Çavuşoğlu tweeted after a bilateral meeting with Japanese Foreign Minister Taro Kono.

"At our meeting in Singapore with Javad Zarif, Foreign Minister of Iran, we discussed bilateral and regional issues," he said.

The first-ever ASEAN-Turkey Trilateral Ministerial Meeting was held on Wednesday.

Çavuşoğlu on Thursday said Turkey regards ASEAN as "one of the most successful" regional integration schemes in the world.

"We are pleased with our rapidly growing institutional relationship with ASEAN and its member states," he said.

Ankara formed ties with ASEAN in 1999 and attended its first summit in 2013. Also, Turkey received an observer status in ASEAN's multinational police force in 2014 and became a sectoral dialogue partner at last year's ASEAN Foreign Ministers' Meeting in the Philippines.