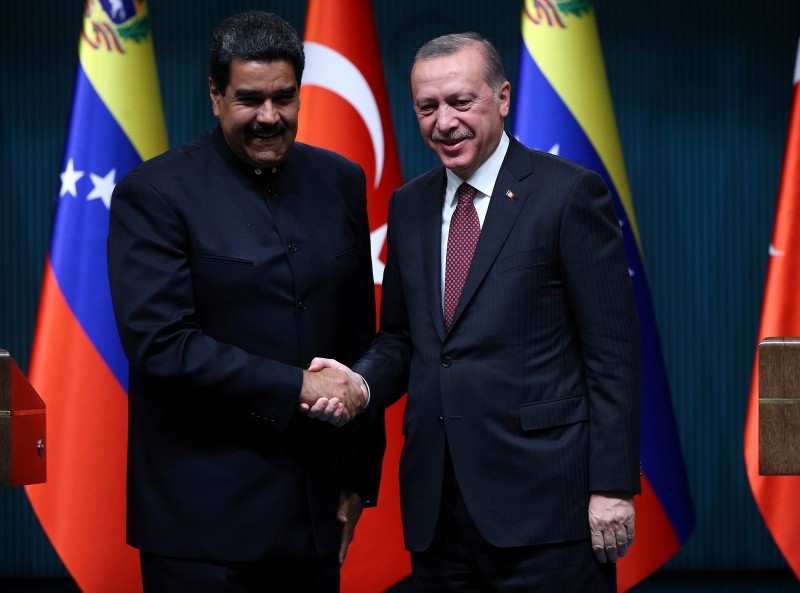 President Recep Tayyip Erdoğan called his Venezuelan counterpart Nicolas Maduro late Monday to convey his good wishes and show support for the Venezuelan president who survived an apparent assassination attempt over the weekend.

The Turkish president also wished a speedy recovery to the soldiers injured during the attack, presidential sources said.

Armed drones targeted Maduro during his speech on Saturday in capital Caracas.

Other Turkish officials also condemned the attack and showed their support for Maduro.

It is "the greatest consolation" that Maduro and his relatives survived the incident unharmed and Turkey wishes speedy recovery to the seven soldiers reportedly wounded in the explosions, the statement said.

"In this difficult time, Turkey stands with the brotherly and friendly Venezuelan people and President Maduro, his family and all government officials," it stressed.

The statement said the continuation of stability, prosperity, peace and security in Venezuela is Turkey's greatest wish and it is also important for regional stability and world peace.

"We offer our well wishes to President Maduro, his esteemed family, government members and all Venezuelan people," the statement added.

Maduro, in a national address, blamed far-right wing factions for the attack, saying the perpetrators were linked to Colombia and the United States.

Several suspects, who Maduro said were responsible for the attack, were arrested.

Meanwhile, a group calling itself "Soldiers in T-shirts" claimed responsibility for the attack through social media.