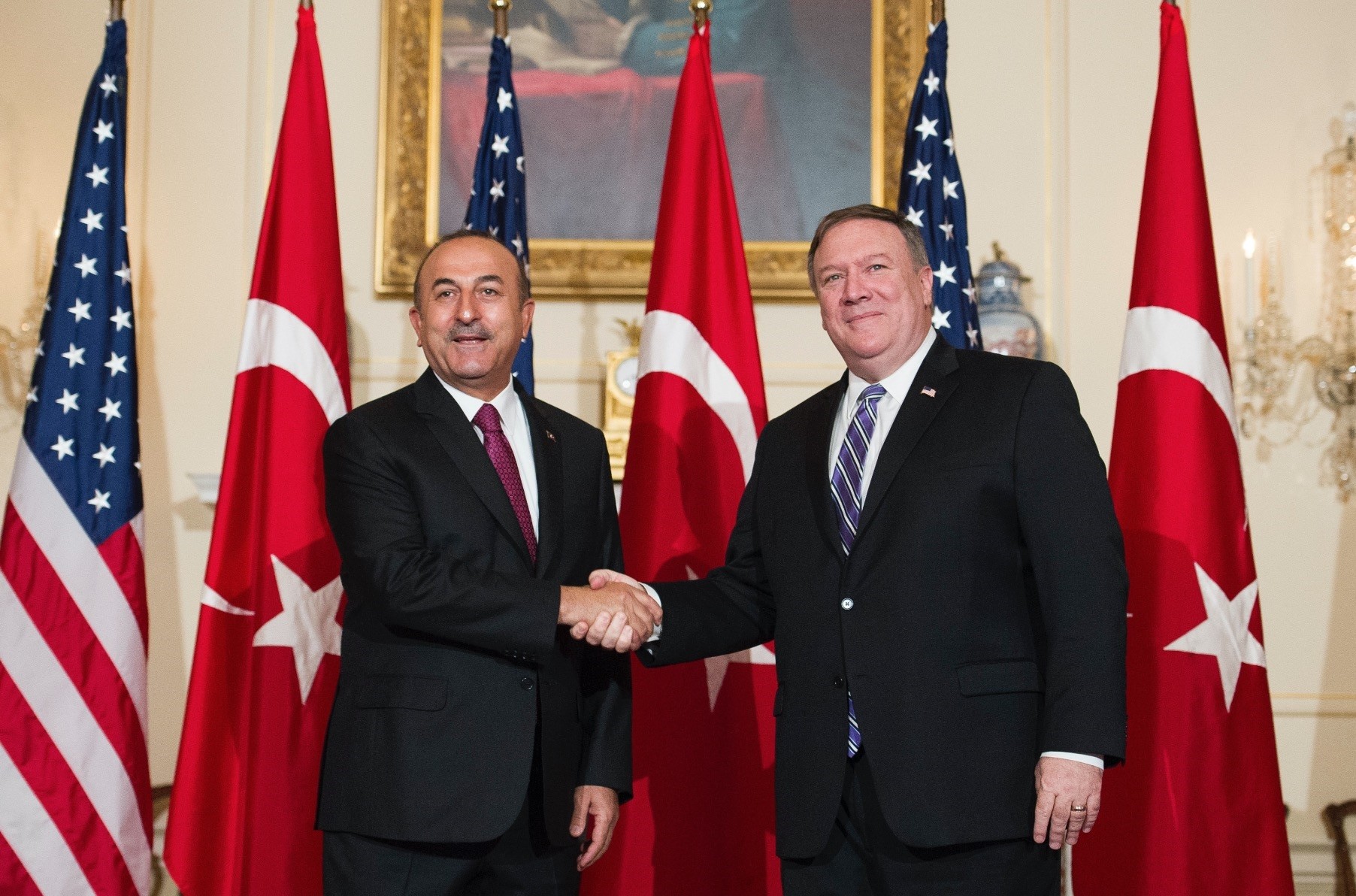 The Manbij road map is the number one priority of the Cabinet's 100-day plan as far as relations with the U.S. are concerned

While recent problems have been clouding bilateral ties, Ankara is resolute on fully implementing the Manbij road map with Washington. This objective was stressed in the first 100-day plan of the new Cabinet. Explaining that implementing the Manbij road map is Ankara's main concern, experts stressed that Turkey and the U.S. are expected to sustain cooperation in line with the deal. "The Manbij issue is supersedes over all other concerns," Uğur Yasin Asal, an academic from Istanbul Commerce University, said. Adding that this aim was highlighted in the Cabinet's 100-day plan, he said, "I believe Turkey will urge the U.S. to sustain the current cooperation mechanism over Manbij."

During a ceremony on Aug. 3, President Recep Tayyip Erdoğan announced the 100-day plan and said that he expects "the road map in Syria's Manbij to continue with the U.S., without being affected by other problems between the countries."

The Manbij deal between Turkey and the U.S. focuses on the withdrawal of the People's Protection Units (YPG) from the northern Syrian city and establishing stability in the region. It envisages the deployment of Turkish forces to assure peace in the region and also to train the local forces to establish and maintain security.

Furthermore, Ankara argues that Manbij is a predominantly Arab-populated province before it was occupied by the PKK's Syrian affiliate group and that once the road map is completed, an administration reflecting true demographics of the region should be in control.

Turkey had long criticized the U.S. for its support to the YPG in Syria. As Turkey's patience was wearing thin regarding the issue, a Manbij road map was announced after a meeting in Washington between Foreign Minister Mevlüt Çavuşoğlu and U.S. Secretary of State Mike Pompeo in early June.

Murat Aslan, an academic from Hasan Kalyoncu University stated that "the U.S. has made an initial mistake by supporting the PKK affiliations in the Syrian crisis," and now "with the Manbij agreement Turkey seeks to form a security belt against terrorist threats."

Commenting on the U.S.' current position, Aslan underlined that "as long as it keeps its soldiers on the ground, the U.S. would not mind takings steps in line with Turkey."

The U.S.' decision to impose sanctions on Turkey's justice and interior ministers over the detention of terror-linked U.S. Pastor Andrew Brunson added tension to the already strained ties. This has also raised concerns over the ongoing cooperation between the two countries in Manbij.

Officials in Ankara underlined that the U.S.' steps are not suitable for a strategic partner. When the U.S. did not step back from its decision to impose sanctions, a retaliatory move came from Ankara. President Erdoğan announced on Aug. 4 that the assets of U.S. Attorney General Jeff Sessions and U.S. Secretary of the Interior Ryan Zinke will be frozen.

Brunson was arrested after a secret witness in a criminal probe into the Gülenist Terror Group (FETÖ) testified against him. At the time of his arrest, authorities were preparing to deport Brunson and his wife Norine Lyn for "actions threatening national security."

Using a threatening rhetoric, Washington has repeatedly called for the release of Brunson, while Ankara has reiterated that Brunson's case is being handled by the courts and the government cannot intervene. Brunson is scheduled to appear before a court in October for his third hearing after the court rejected an appeal for his release in a July 18 hearing. Despite the escalation of tensions between Ankara and Washington, the U.S. Defense Secretary Jim Mattis said on July 27 that the two militaries remain on good terms and equipment for Turkey and the U.S.' joint patrolling activities in northern Syria's Manbij have been delivered to the İncirlik Air Base in Adana.

"Despite the rising tension between the U.S. and Turkey regarding the domestic policy challenges of the Donald Trump administration, the current situation of the Manbij deal is the most crucial success of Turkey. The YPG, located in the northern part of Syria as part of the PKK terrorist organization, has started to withdraw from the region," Asal highlighted.

Return of Syrian refugees to terrorist-free areas to be facilitated

According to the newly-formed Cabinet's 100-day plan, the Foreign Ministry will also seek to facilitate efforts enabling Syrian refugees to return to safe areas in northern Syria, including Manbij, and regions cleared of the YPG and Daesh with Operation Euphrates Shield and the

Erdoğan stressed that in Friday's ceremony that the number of Syrians returning to places cleared from terrorists will reach to 250,000 in this term.

In Operation Euphrates Shield Turkish soldiers and the Free Syrian Army (FSA) fighters drove Daesh out from border towns, including Jarablus, al-Bab, Azaz and Dabiq. Apart from military support, Turkey extended its hand with humanitarian aid to locals returning to their homes after being driven out by the terrorist group.

With Operation Olive Branch, on the other hand, the Turkish military and the FSA liberated Afrin from terrorists in less than three months on March 18. This was seen as a necessary step by Ankara as the PKK-affiliated group continued to pose threats to Turkey's national security.

As YPG terrorists gradually withdraw from Manbij, Erdoğan underscored that there will be an increase in returns to Manbij as well.

Officials also stressed that the Syrians are returning voluntarily and they expect more Syrians will return to their country when terror threats are completely eliminated.