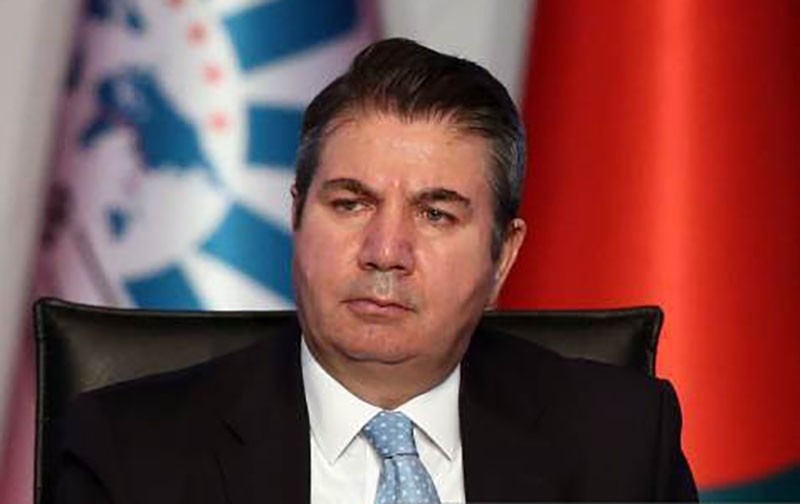 A Turkish delegation headed by newly appointed deputy foreign minister, Sedat Önal, will arrive in Washington on Tuesday night and will kick off meetings as early as Wednesday morning, diplomatic sources said, amid problematic issues affecting the relations between the two NATO allies.

The Turkish delegation will be made up of nine members, with justice, finance and foreign ministries sending three members each.

The relations between the two countries were recently strained due to U.S. President Donald Trump's administration's new set of sanctions targeting Iran and U.S. pastor Andrew Brunson's arrest in Turkey over terror charges. Turkish diplomatic sources said Tuesday that a preliminary understanding had been reached between Turkey and U.S. over Iran sanctions and that a Turkish delegation would visit Washington within two days.

Relations between the two NATO allies deteriorated to an unprecedented extent last week after Washington decided to impose sanctions on Interior Minister Süleyman Soylu and Justice Minister Abdulhamit Gül over Brunson's arrest. Ankara called on their counterparts in the U.S. to come to their senses as they deemed it illogical and have been trying to solve the matter through diplomatic channels.

Following the U.S. sanctions, President Recep Tayyip Erdoğan announced that Turkey had decided to freeze the assets of the U.S. justice and interior secretaries in Turkey as a retaliation.

Çavuşoğlu said several times that Turkey wants to resolve issues with its ally. He had a meeting with Pompeo in Singapore on the sidelines of the ASEAN summit, which he described as "constructive."