We will respond to trade war by seeking new alliances, Erdoğan says 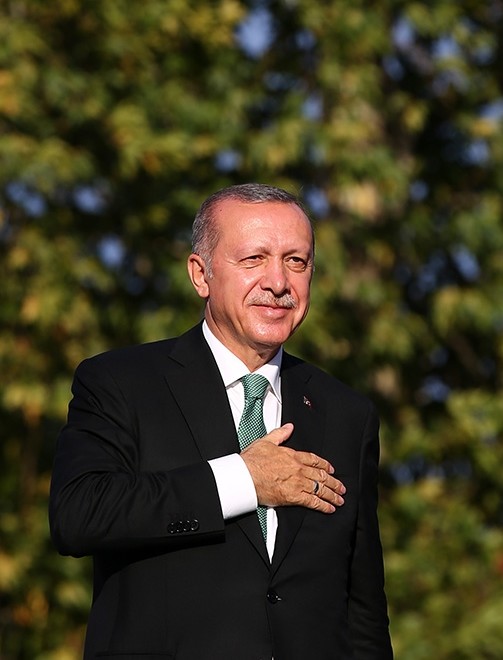 President Recep Tayyip Erdoğan has said that Turkey will respond to trade wars by seeking new alliances and heading to new markets, referring to U.S. President Donald Trump's decision to double the tariff on Turkish steel and aluminum.

Erdoğan was speaking at a Justice and Development Party (AK Party) meeting in northern Turkey's Trabzon. He criticized the U.S.'s recent hostile attitude toward Turkey over the detention of terror-linked American pastor Andrew Brunson.

The president said that Ankara has the alternatives of forming new alliances. "We were together with you [U.S] in Afghanistan, Somalia and Bosnia. How can you push aside such a strategic ally? We might as well say goodbye to those who sacrifice their strategic partnership with a country of 81 million and an ally of over 50 years for some terrorist groups," Erdoğan said, referring to Washington's support for the PKK-affiliated groups in Syria, and its extrajudicial demands to release pastor Brunson, who was detained in Oct. 7, 2016, for his links to the Gülenist Terror Group (FETÖ) and the PKK.

Erdoğan said that the U.S. had set a deadline of last Wednesday for Brunson's release, threatening Turkey with sanctions if it did not comply with U.S. wishes.

Earlier Friday, Trump announced a doubling of steel and aluminum tariffs on Turkish imports – days after a Turkish delegation returned from Washington with no progress on the detention of pastor Brunson.

Washington also sanctioned Interior Minister Süleyman Soylu and Justice Minister Abdulhamit Gül on the Brunson case – a move reciprocated by Turkey, who in retaliation, would freeze the assets of U.S. Attorney General Jeff Sessions and U.S. Secretary of the Interior Ryan Zinke.

Erdoğan had warned Saturday that Turkey would start looking for new friends if the U.S. continued with its unilateral actions against a NATO ally, in a diplomatic row that has sent Ankara and Washington relations to a new low.

In an article in the New York Times, Erdoğan said Trump's sanctions against Turkey over the Brunson's detention were "unacceptable, irrational and ultimately detrimental to our longstanding friendship." He warned these actions would only undermine American interests and security. "Attempting to force my government to intervene in the judicial process is not in line with our constitution or our shared democratic values," he said.

The president also mentioned U.S. support for the PKK's Syrian affiliate, the People's Protection Units (YPG) in northern Syria, as another source of frustration. In the article, he said that Washington used 5,000 trucks and 2,000 cargo planes to deliver weapons to the Syrian branch of an "armed group that is responsible for the deaths of thousands of Turkish citizens since 1984 and that is designated a terrorist group by the U.S." He urged Washington to give up the misguided notion that bilateral relations could be "asymmetrical" and realize that Turkey had alternatives "before it is too late."

During yesterday's meeting, Erdoğan said that the fluctuation in Turkish lira is a plot against Turkey, but the Turkish people will not give in.

Referring to the recent U.S. tariffs on iron and steel, he said that Turkey is a member of the World Trade Organization (WTO) and there was no such thing in WTO rules.

Earlier Saturday, Erdoğan said that Turkey was preparing to increase trade with its top trade partners like China, Russia, Iran and Ukraine in local currencies instead of the U.S. dollar, adding that it was also ready to do the same with European countries.