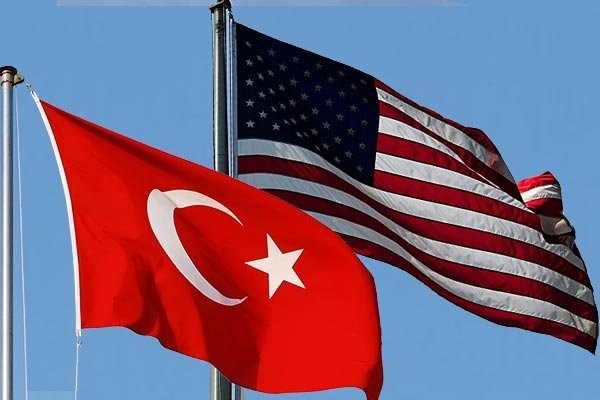 The American-Turkish Council urged Turkey and the United States to maintain dialogue and to return to the negotiating table late Monday.

The council's statement comes amid a diplomatic and economic row between both countries which was sparked by U.S. President Donald Trump's doubling of steel and aluminum tariffs against Turkey over the detainment of terror-linked American pastor Andrew Brunson.

"The American-Turkish Council is deeply troubled by the U.S. administration's increased steel and aluminum tariffs levied against Turkey. The tariffs do not make business sense and will hurt the American companies and workers who rely on Turkish metals to meet their customers' needs," the council said in the statement.

Saying that the business relationship between Turkey and the United States has "historically been based on mutual respect and cooperation," the ATC also implored the Trump administration "to reconsider this escalation of a trade war" and "resolve this dispute at the negotiating table," warning that there will be no winners in this war.

The ATC underlined that the American-Turkish business community must join forces to encourage dialogue between both governments on positive terms and "find common ground" to anchor and restore the relationship.

"We must inspire increased dialogue, seek greater collaboration, and support efforts to strengthen our trade and investment ties in the near, medium, and long term."

Stating that over the years they have made great effort to "bridge the divide" between both countries and strengthen the U.S.-Turkey bilateral commercial relationship, the council concluded that its leadership "is utilizing every tool at our disposal to be a constructive player and to help both sides find a solution."