Turkey has done enough to repair ties with US: FM Çavuşoğlu 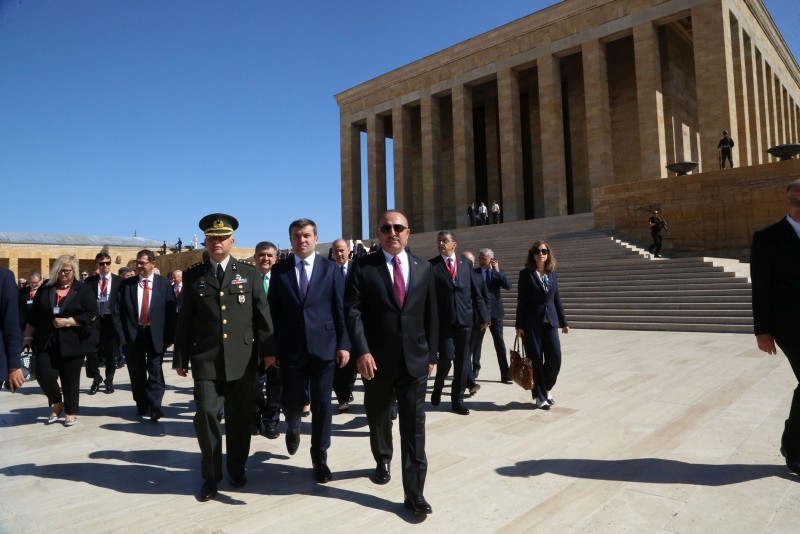 Foreign Minister Mevlüt Çavuşoğlu said Monday that Turkey has put enough efforts toward repair relations with the U.S., adding that Washington had acted contrary to their alliance regarding fundamental security issues.

Speaking at the 10th Ambassadors' Conference in Ankara, Çavuşoğlu accused the U.S. administration of having confusions about Turkish politics, saying it needs to understand that no results will be achieved through sanctions and pressure.

"We are open to diplomacy and building consensus, but accepting impositions is out of the question."

The top diplomat also assured ambassadors that Turkey is one of the safest destinations for foreign investment despite perception operations, campaigns and the hardships the global economy is currently facing.

Relations between the two NATO allies reached a new low over the detention of American pastor Andrew Brunson, who was detained on Oct. 7, 2016, for his links to the Gülenist Terror Group (FETÖ) and the PKK.

Last week, Trump announced a doubling of steel and aluminum tariffs on Turkish imports – days after a Turkish delegation returned from Washington with no progress on the detention of pastor Brunson.

Washington also sanctioned Interior Minister Süleyman Soylu and Justice Minister Abdulhamit Gül on the Brunson case – a move reciprocated by Turkey, who in retaliation, would freeze the assets of U.S. Attorney General Jeff Sessions and U.S. Secretary of the Interior Ryan Zinke.

Erdoğan had warned Saturday that Turkey would start looking for new friends if the U.S. continued with its unilateral actions against a NATO ally.