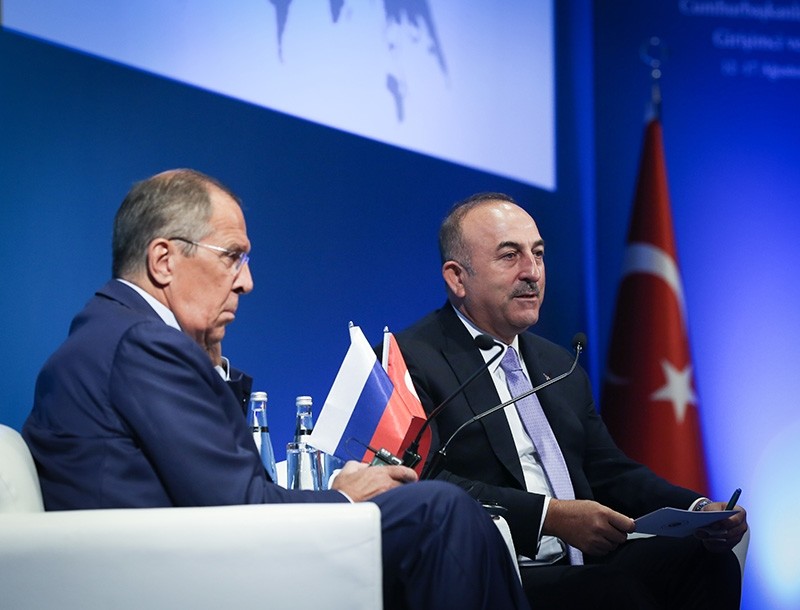 "There is confusion within the U.S. administration. No one knows who is doing what, not only against Turkey but in general there is chaos in management," Çavuşoğlu said amid a visit by his Russian counterpart Sergey Lavrov.

"If the U.S. wants to continue as a reputable country, it cannot do so with these impositions," he added.

In a joint press conference with Çavuşoğlu, Lavrov on Tuesday called new U.S. sanctions, including those targeting Turkish economy, an "unlawful and illegitimate" policy.

Lavrov said the sanctions are a means for the U.S. to gain an unfair competitive advantage in global trade and will ultimately undermine the role of U.S. dollar as a settlement currency over time.

He added that conducting settlements in national currencies with Turkey and other countries have been discussed for a long time.

Lavrov also said Russia is "surprised" at the West's position on Syrian refugees, adding that conditions exist for start of refugees return.

The foreign minister arrived in Ankara on Monday for two days of talks mainly over issues related to Syria. Çavuşoğlu and Lavrov are discussing a four-way Syria summit planned between the leaders of Russia, France, Turkey and Germany.

The four countries are also known to have been opposing new U.S. sanctions, particularly those on Iran. Turkey, Russia and the European Union are against severing economic ties with Iran.