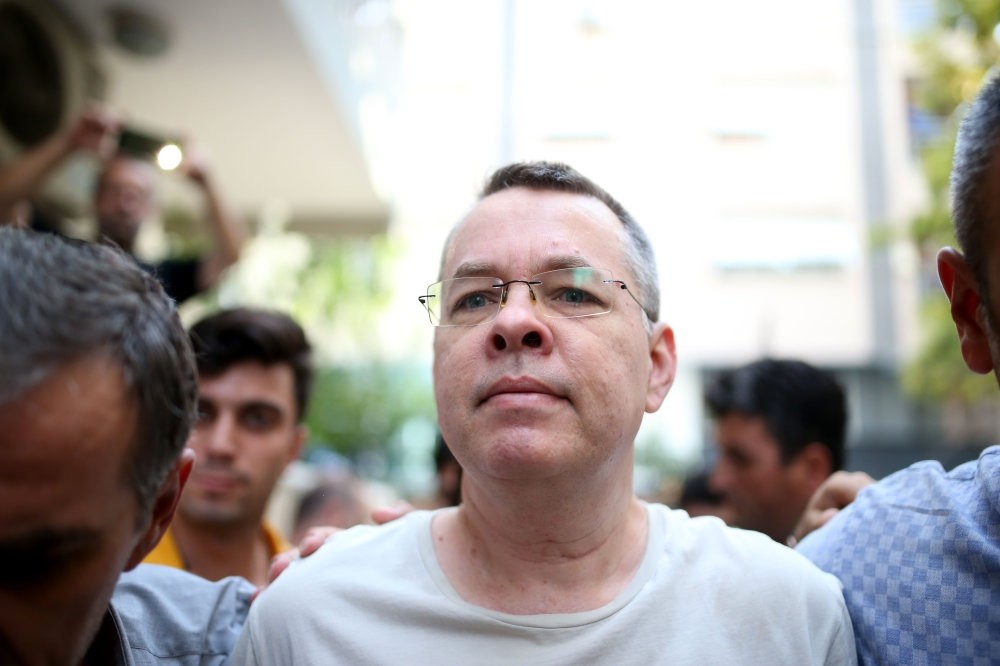 Despite the escalating crisis with the U.S., Turkey has continued to hold its ground, saying the situation concerning pastor Andrew Brunson will remain as is for the time being

Foreign Minister Mevlüt Çavuşoğlu made it clear yesterday that there is no change in the case of pastor Andrew Brunson, who is under house arrest facing terrorism charges and is one of the main reasons behind the recent crisis with the U.S.Speaking during a joint press conference with his Russian counterpart Sergei Lavrov in Ankara, Çavuşoğlu said that Brunson was moved to house arrest because of his health issues and no changes have been planned as of now.

Brunson, who was previously jailed for his links to the Gülenist Terror Group (FETÖ) and the PKK, was released on July 25 following an appeal objecting his extended detention in an earlier hearing, citing health problems the 50-year-old defendant suffers from. The Second High Criminal Court in İzmir ordered his house arrest and a ban on travel abroad for the pastor.

The U.S. Chargé d'affaires Jeffrey Hovenier also paid a visit to Brunson in the western İzmir province where is under house arrest. Following the visit Hovenier said the U.S. will continue demanding the release of Brunson from Turkish authorities.

Ankara has said that the U.S.' demands are not in line with principles of an independent judiciary in the country and that it is the courts which will make the ultimate decision.

According to Reuters, the appeal document says that the court should halt any unlawful political interventions and lift judicial control provisions imposed on Brunson.

Halavurt said the court had up to seven days to decide. Previously, Halavurt appealed in July for Brunson to be released from house arrest during his trial, which was rejected by the 2nd and 3rd Heavy Penal Courts in İzmir.

Brunson's next hearing as part of the trial is scheduled for Oct. 12.

Last week, a nine-person Turkish delegation, led by Deputy Foreign Minister Sedat Önal, had arrived in Washington and met U.S. Deputy Secretary of State John J. Sullivan and accompanying officials. There was also a meeting between the Treasury officials of the two countries. No official statement was released by the Turkish side afterwards, while the U.S. State Department said that Önal and Sullivan "discussed a range of bilateral matters including Pastor Brunson."

Following the U.S. sanctions, Turkey announced, in retaliation, that it would also freeze the assets of U.S. Attorney General Jeff Sessions and U.S. Secretary of the Interior Ryan Zinke.