Problems with US can be solved easily but not with current approach: FM Çavuşoğlu 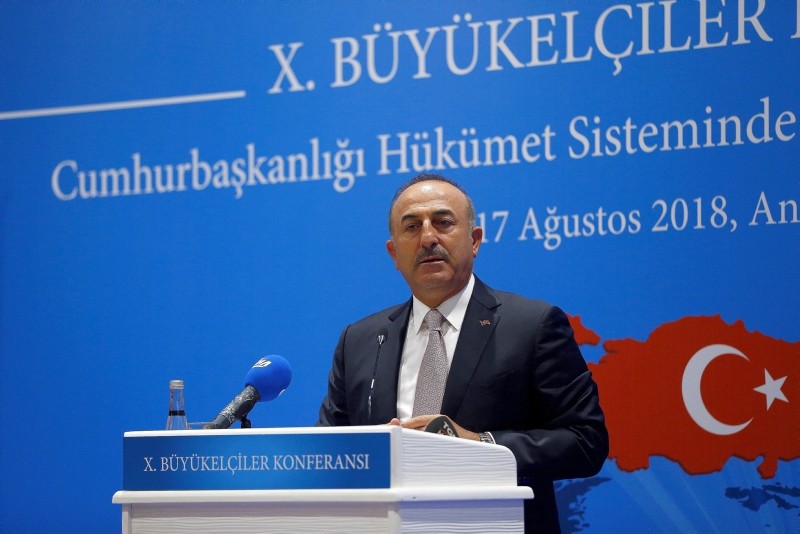 Turkey and the United States can easily overcome their problems but not with Washington's current approach, Foreign Minister Mevlüt Çavuşoğlu said Thursday.

Speaking at a news conference, Çavuşoğlu said Turkey has done its part in terms of preserving friendly relations with the U.S. and accused Washington of supporting terror groups targeting Turkey, providing them with "trucks loaded with weapons."

The People's Protection Units (YPG) has organic organizational and operational links with the PKK, a group considered a terrorist organization by the U.S., the EU, and Turkey. Despite the links, Washington has picked the YPG as its partner in its fight against Daesh in Syria, supplying the group with weapons and other military equipment.

The minister also said Turkey was not waiting for a deterioration in relations with the U.S. to thaw ties with its European allies.

"Different reasons caused tensions with Europe but there was no one-sided hostility toward Europe from Turkey. No one should consider Turkey out of Europe," Çavuşoğlu said.

On Wednesday, Çavuşoğlu said Ankara agreed with Moscow in principle on its lifting of visas for businessmen, truck drivers and service passport holders.