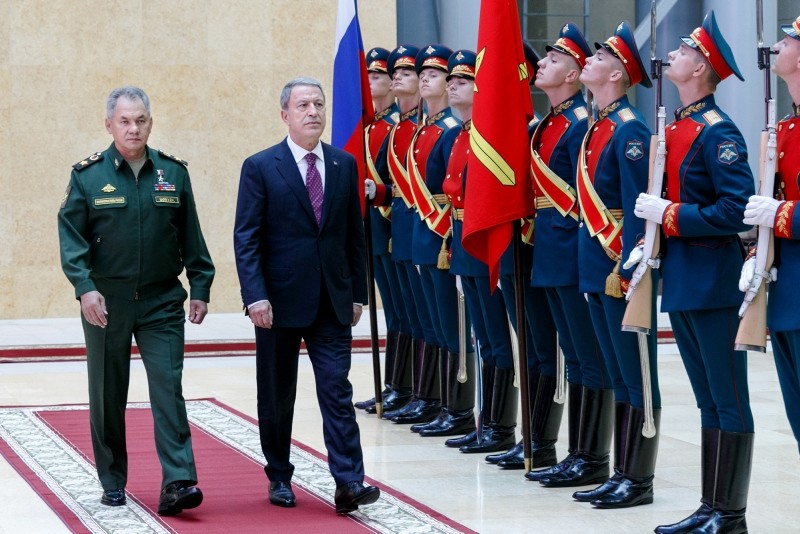 Shoigu discussed the return of Syrian refugees to Syria with Akar during talks, the TASS news agency cited the Russian ministry as saying. "Special attention was paid to discussing ways of achieving fast settlement of the humanitarian situation in Syria, including the return of refugees," the Russian Defense Ministry was quoted as saying in the TASS report. The meeting was also described as "constructive" by the ministry.

Turkey and Russia, as well as Iran, have taken a trilateral step to establish peace and a political solution in Syria, in what has been known as the Astana talks, termed after Kazakhstan's capital, where the representatives of the trilateral entity have met in summits, and monitors for the negotiations between the Syrian regime as well as the moderate opposition.

"Separate negotiations between Presidents Vladimir Putin and Recep Tayyip Erdoğan will be held in Tehran during the Russia-Turkey-Iran summit in September," the Izvestia daily quoted Peskov as saying.

The trilateral summit in Tehran will be a continuation of talks previously held in the Russian resort town of Sochi and talks held earlier this year in Istanbul.

In addition to talks in Tehran, a high-level meeting on Syria is also scheduled to take place in Istanbul, which will include high-level participation from Turkey, Russia, France and Germany.