US persists in interfering in judicial process in Turkey 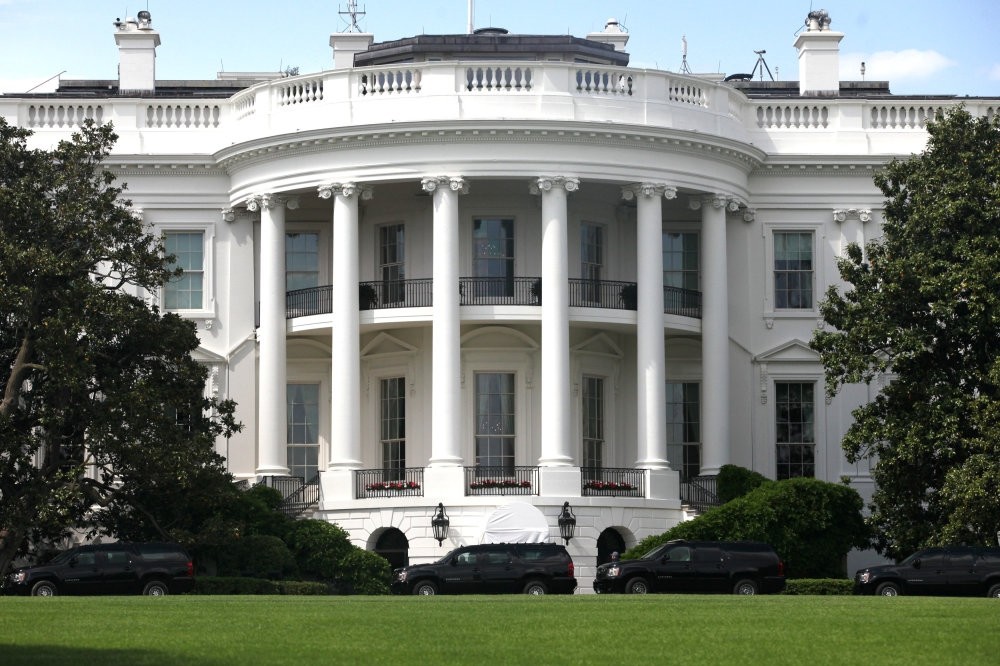 White House press secretary Sarah Sanders claimed that while U.S. tariffs on Turkey were u201cout of national security interests,u201d Turkeyu2019s sanctions were u201cout of retaliation.u201d
by daily sabah
Aug 17, 2018 12:00 am

Aiming to break Turkey's determination, the U.S. is still demanding the release of pastor Andrew Brunson, who is charged with terror-linked offenses, undermining Turkey's judicial process

Despite Turkey's firm stance against the Washington's economic sanctions, the U.S. is still insisting on interfering into the judicial process in the country.

On Wednesday, shortly after Turkey doubled tariffs on American products in response to U.S. sanctions, the White House said that Ankara's decision was "regrettable" and "a step in the wrong direction."

White House Press Secretary Sarah Sanders claimed that while U.S. tariffs on Turkey were "out of national security interests," Turkey's sanctions were "out of retaliation."

Turkey increased tariffs on several U.S. products include alcohol, tobacco products, cosmetic products and cars. Import tariffs on alcohol will be 140 percent, 120 percent on automobiles and 60 percent on cosmetics.

Sanders also said that Washington would consider lifting the sanctions if pastor Andrew Brunson, who is under house arrest in Turkey facing terrorism charges, is released, but they will not remove the tariffs on steel imports. The press secretary denied responsibility for Turkey's economic tension, which began after U.S. President Donald Trump increased tariffs on Turkish aluminum and steel imports by 20 percent and 50 percent, respectively.

U.S. State Department spokesperson Heather Nauert also denied the U.S.' responsibility for Turkey's current economic disturbances in a press conference on Wednesday. When asked about the tariffs impact on the Turkish currency, she said Washington is "monitoring the situation."

Erdoğan said Tuesday that Turkey will impose a boycott against U.S. electronic products amid an ongoing and deepening rift between the two NATO allies over a number of issues.

Meanwhile, U.S. Vice President Mike Pence demanded the release of the pastor once on his social media account Wednesday.

"Pastor Andrew Brunson is an innocent man held in Turkey & justice demands that he be released. Turkey would do well not to test President Trump's resolve to see Americans who are wrongfully imprisoned in foreign lands returned home to the United States," Pence said, without hesitating to interfere into the country's judiciary process.

Ankara has said repeatedly that the case against Brunson is a judicial process and the courts in Turkey are independent and impartial, as per its constitution, and that the government will not intervene into the case. The government has also said that the U.S. has failed to cooperate on extradition of the U.S.-based Gülenist Terror Group (FETÖ) leader, Fetullah Gülen, despite boxes of evidence supplied by Turkish authorities to Washington, linking Gülen to the failed July 15, 2016 coup attempt. Ankara accuses Washington of turning the extradition ofGülen into a political case against Turkey rather than a sole judicial matter.

"President Trump and I continue to stand firm until Pastor Brunson is released and returned to his family, friends, and church in the USA. Every American should continue to pray for Pastor Andrew Brunson & his wife Noreen until this godly man of faith is home," he added.Turkey and the U.S. have been locked in a heated crisis emanating from unjust sanctions and the actions of Trump, as Washington levied sanctions on Interior Minister Süleyman Soylu and Justice Minister Abdulhamit Gül for not releasing Brunson, who faces terrorism charges in Turkey.

Serving at the Resurrection Protestant Church in the western province of İzmir, Brunson was arrested in October 2016 and moved to house arrest on July 25 due to health problems. He is scheduled to appear before a court in October for his third hearing after the court rejected an appeal for his release in a July 18 hearing. Brunson, a Christian pastor from North Carolina who has lived in Turkey for more than two decades, was indicted on charges of helping the FETÖ as well as for supporting the PKK.

Turkey's leadership and the Turkish people are warding off an "economic coup" bid against the country, Presidency Communications Director Fahrettin Altun said yesterday, regarding Turkey's struggle against the Trump administration's policies.

"We're warding off this economic coup attempt with our president's leadership and the foresight of the Turkish nation," said Altun on his Twitter account.

"In this process, this mighty nation will not forget those who stood with it, and those who stood against it," he added, referring to the current rift between Turkey and the U.S.

Marc Finaud, Senior Program Advisor at the Geneva Centre for Security Policy, made the remarks Wednesday while speaking to an Anadolu Agency (AA) correspondent in Geneva.

"It's a quite unfortunate decision that increases tensions in the region, which doesn't need this kind of escalation. And if there are trade problems, which are sometimes legitimate, then they could be settled in a multilateral context within a world trade organization, but not by unilateral measures, pressure and sanctions against a very key, important ally," said Finaud about Trump's Twitter posts last week.

Finaud also slammed Trump's steel and aluminum tariffs against Turkey as Trump's approach in this field is based on unilateralism, the use of force, pressure and sanctions instead of working together to find solutions.

Finaud emphasized that Turkey, Russia, China and key actors in Europe should act together against the Trump administration.

"Work together as united as possible among the Europeans with Turkey, Russia, China and all key actors to convince the Trump administration that it is not even in the U.S.' interest to act the way it does," he added.