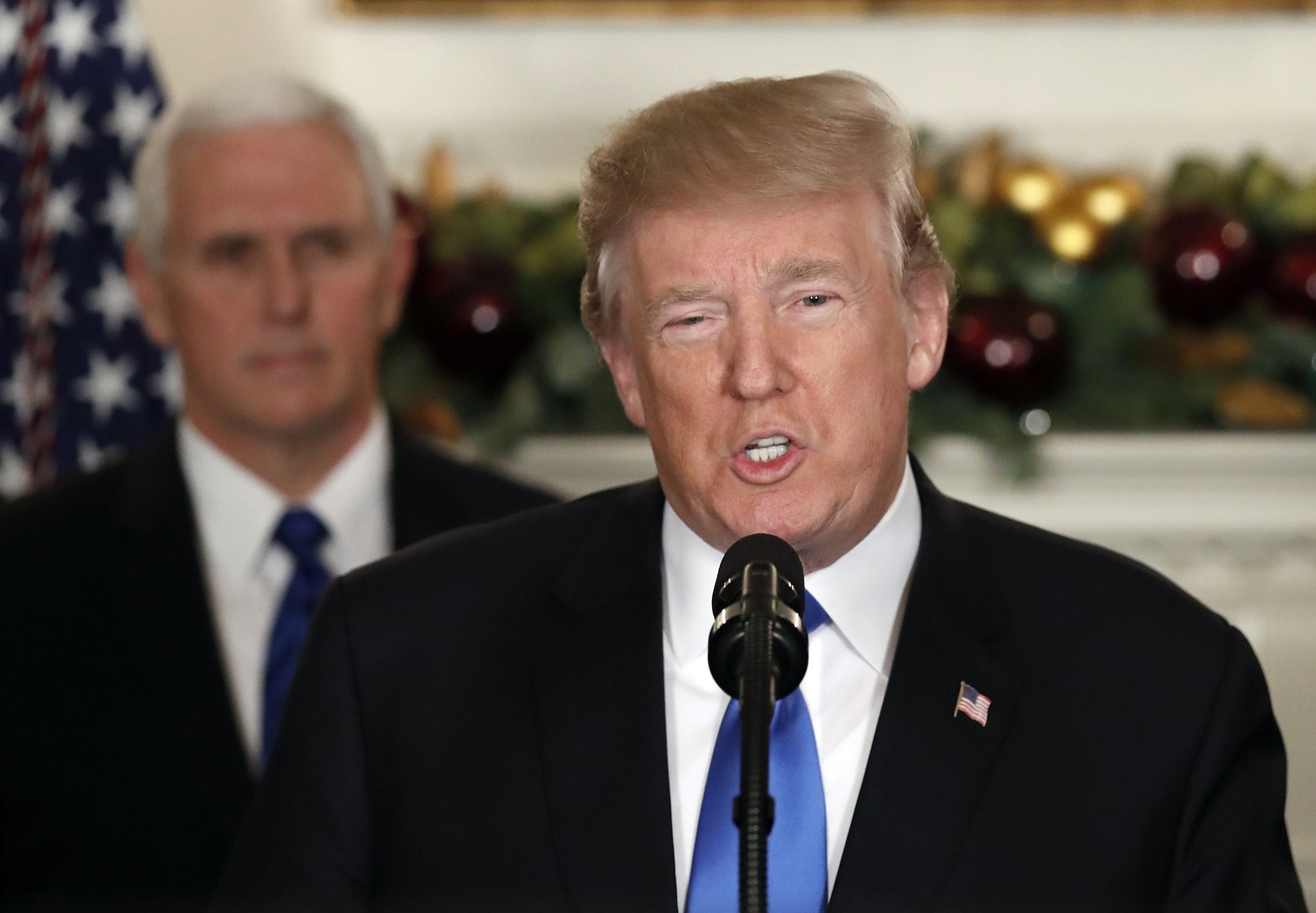 The last few weeks have marked a feud between Turkey and the U.S., two countries that have been long-term NATO partners, due to an evangelical pastor detained in Turkey on terrorism-linked charges. Despite the strength of the relationship and the longevity of the partnership, the tension between the two countries escalated quickly and has reached a point where the U.S. levied sanctions on Turkey, causing difficulty for the Turkish economy. As the bonds between the countries are worsening day by day, experts have suggested that U.S. President Donald Trump's decisions are mainly being directed by evangelical concerns rather than the result of rational decision-making policies.

"It is clear that Trump is being affected by the interests of the evangelicals," said Şule Albayrak, an academic expert in the sociology of religion. "This approach became clearer with his decision to move the U.S. Embassy to Jerusalem and was seen once again in his policies against Turkey," she added. On Sep. 2016, Andrew Brunson, a pastor at the Evangelic Resurrection Church in the western city of Izmir for 20 years, was arrested in Turkey for alleged links to the PKK terrorist group and the Gülenist Terror Group (FETÖ), who orchestrated the attempted coup on July 15, 2016.

Evangelical Christians have long lobbied for Washington to exert pressure on Ankara to secure Brunson's release; however, although Brunson has been under house arrest due to health concerns, his appeals of release have been rejected three times so far, the latest of which occurred last week. He is scheduled to appear before a court in October for his third hearing and faces 35 years in jail for charges of espionage.

As a response to Turkey for not releasing the pastor, Washington levied sanctions on Interior Minister Süleyman Soylu and Justice Minister Abdulhamit Gül, a move that retaliated by Turkey. Last week, the White House said Washington has more sanctions ready if Turkey refuses to release Brunson, showing the risks Trump is willing to take to avoid disappointing the evangelicals.

"Due to Turkey's stance on Trump's Jerusalem move and the Palestine matter, our country is being regarded by evangelicals as the obstacle for Jesus to return," Albayrak said, referring to evangelical's doomsday belief that requires Jesus to resurrect after a Jewish state becomes strong in the Middle East. "Some of them even consider President Recep Tayyip Erdoğan to be the Antichrist," she added.

Evangelicals represent 62M people in US

Evangelicalism is a branch within Protestant Christianity known for their strong support of Trump. According to Pew Religious Landscape, "evangelical" is an umbrella term that is used to define churches that consist of approximately 62 million people within the U.S., a large voter base for Trump.

"Evangelicalism has teaching built on the notion of being 'born again.' It is an interpretation of Protestantism that takes Jesus' lead in an individual-believing experience as a base," Albayrak explained, adding that they refer to the Bible to not only to seek the truth but also to foresee what will happen at the end of the world.

In the last elections, 80 percent of the 62 million evangelicals in the U.S. voted for Trump. Considering the fact that Trump is not known for his religious concerns, there have been many articles and analyses focused on the unexpected support that evangelicals have devoted to his presidency.

In his article "The Last Temptation," which was published in the Atlantic in April, Michael Gerson said evangelical votes were "decisive" in Trump's success in the election. "They [evangelicals] are his [Trump's] army of enablers," Gerson wrote.

The support from evangelicals has reached a point where some felt the need to question whether they were true to God or Trump, like Cal Thomas did in his article "Are today's Evangelicals following Jesus or following Trump?" he wrote for Fox News in April. "Its members need to make a choice as to which one is their true master. They can't serve both," Thomas wrote.

Trump as a modern reflection of Cyrus

Some evangelicals - and many Jews, including Israeli Prime Minister Benjamin Netanyahu - even refer to Trump as a modern reflection of Cyrus, an ancient Persian king who was believed to have been chosen by God to enable Jews to return to Jerusalem from their exile in Babylon. Similarly, Trump moved the American Embassy from Tel Aviv to Jerusalem in May 2018, recognizing the city as Israel's capital.

Trump pledged to relocate the country's embassy in Israel from Tel Aviv to Jerusalem in December 2017, a pledge he made during the election campaign, and a move that could be considered vital for proving his loyalty to his evangelical supporters.

Yet, not all the evangelicals are as supportive of Trump, since siding with a man like Trump may actually harm the reputation of their belief. "Setting matters of decency aside, evangelicals are risking their faith's reputation on matters of race," Gerson wrote in his article, referring to several racist actions of the U.S. president, including stereotyping Mexican migrants and attempting a Muslim ban.

Row with Turkey for popularity in midterm polls

Despite all the criticism, Trump and evangelicals have continued to form a close partnership that is mutually beneficial, to the extent that it has even affected U.S. foreign policy - as seen in the recent crisis with Turkey. Analysts have also argued that Trump is using the Brunson case as tool for domestic policy to strengthen the evangelical support and win in the upcoming midterm elections.

According to Timothy Ash, a senior economist with London-based BlueBay Asset Management, currently, Trump's policies, including the one with Turkey, are keenly focused on winning popularity in the midterm elections. "But I am not sure we can read too much in terms of long-term strategy in Trump's policy - seems more like short-term political expediency," Ash said.

Still, there is no doubt that devoted evangelical Vice President Mike Pence's remarks on the issue have been quite effective in the course of events in terms of escalating the level of the crisis. Pence first said if Turkey does not take immediate action to free Brunson, "the United States of America will impose significant sanctions on Turkey."

Since Brunson was not released despite the sanctions, Pence continued his threats on social media, claiming that Turkey is jailing an innocent man.

"President Trump and I continue to stand firm until pastor Brunson is released and returned to his family, friends and church in the U.S.A.," Pence said.

Mckay Coppins, in his article "God's Plan for Mike Pence," published in the Atlantic, claims that Pence is a "24-karat-gold model" of what many evangelicals want in an evangelical politician since he is very consistent in bringing his "evangelical-Christian worldview" to public policy.

However, although he has been a very influential figure, Pence is not the only evangelical around Trump.

"Jay Sekulow, who defends Trump in the case regarding the accusations on Russia, is also a strict evangelical. White House Press Secretary Sarah Huckabee Sanders is also the daughter of former Arkansas Governor Mike Huckabee, an evangelical leader who lobbied for the U.S. Embassy's move to Jerusalem," added Albayrak.