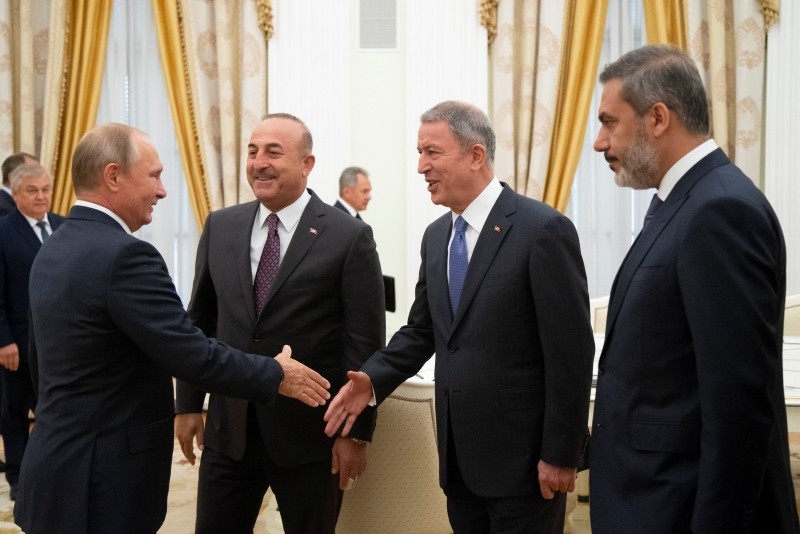 Our relations with Turkey are both deepening and enriching with new content and our cooperation is increasing in regional issues and economy, Russian President Vladimir Putin said Friday before a meeting with the Turkish foreign, defense ministers and intelligence chief.

Putin also praised Russian and Turkish efforts on Syria, saying that a solution is closer with the input of Iran, the European Union, the U.N. and the U.S.

Before meeting Putin, Çavuşoğlu met with Lavrov earlier in the day, while Akar and Fidan met with Shoygu.

Last week Fidan and Akar also visited Moscow where they met with Russian officials along with Shoygu.