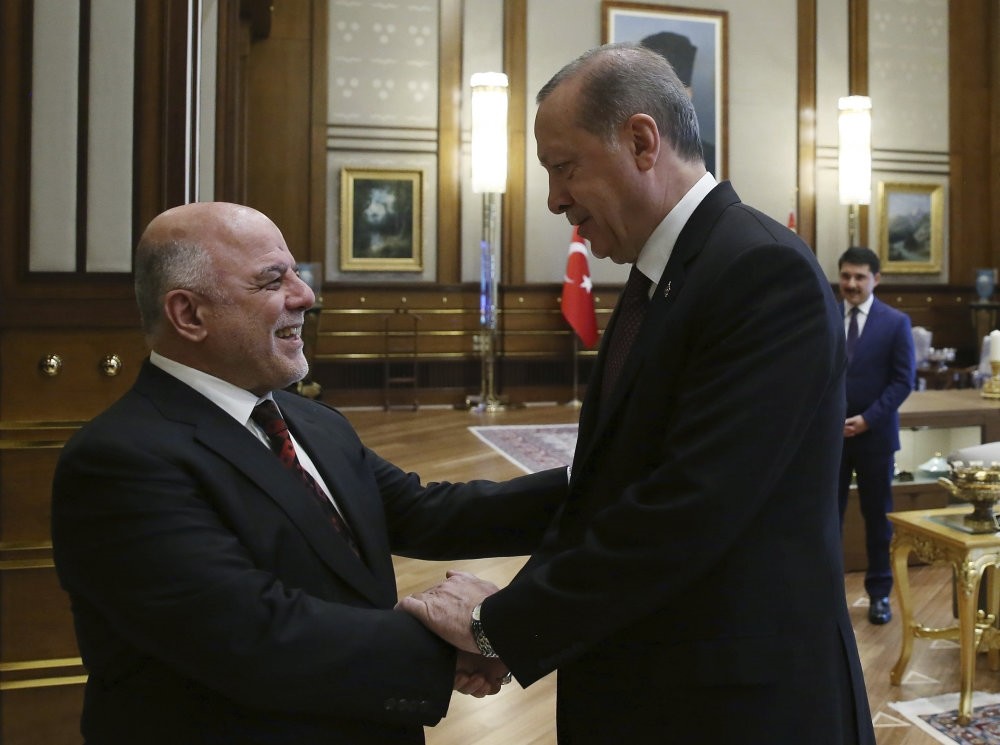 Turkey and the Iraqi central government have recently been presenting a positive stance to enhance cooperation in search of mutually lucrative interests. Ankara's overall policy toward Iraq which left a tough election process behind, has remained unchanged; it voices strong support for the territorial integrity of the neighboring country and expects strong support against terrorism. For the upcoming period, the two sides are on the same page to take joint steps that will enhance ties such as increasing cooperation against terrorism and establishing new trade routes.

"Turkey has been strongly demanding eliminating of terrorists from northern Iraq's Sinjar region. The PKK previously announced that it left the region, yet it is known that their presence continues there. Turkey's operation which killed the highest ranking terrorist in Sinjar region was significant as it was unexpected and hit a major blow to the terrorists," Can Acun, a Middle East expert at the Foundation for Political, Economic and Social Research (SETA) think tank said.

Acun was referring to a counter-terror operation jointly conducted by Turkish intelligence and military that left senior PKK terrorist Ismail Özden dead in Sinjar on Aug. 15.

Airstrikes on the Sinjar mountains came a day after the meeting between President Recep Tayyip Erdoğan and Iraqi Prime Minister Haider al-Abadi.

The militant was reportedly the highest ranking terrorist of the group in Iraq's Sinjar region. Özden has become the first terrorist featured on the "red list" of the Turkish Interior Ministry to be killed in a cross-border operation.

Erdoğan highlighted in a joint press conference with Abadi on Aug. 14 that the two sides agreed on "full cooperation in the fight against terror" and they do not differentiate between terror groups.

In mid-2014, the PKK and affiliates from the YPG managed to establish a foothold in Sinjar on the pretext that it was protecting the local Yazidi community from Daesh.

After the YPG and its main backer, the United States, failed to listen to Ankara's warnings on the removal of the terrorist group, Turkish air forces hit PKK targets on Mount Sinjar and Mount Karachok in northeastern Syria to cut the corridor.

Technical steps to be taken soon for new border gateOpening a new border gate with Baghdad has long been on the agenda, yet it was not possible to take necessary steps because of the complicated situation on the ground. Now that Ankara and Baghdad show willingness to take joint steps, the efforts for the planned Ovaköy crossing will be ramped up.

In order to take concrete steps and launch the process, a Turkish delegation is expected to discuss feasibility on the field in a couple of weeks. During the process of building the new gate, Ankara might contribute to the efforts on the other side of the border as well.

The planned border gate will directly link Turkey to Baghdad via a 354-mile highway and boost the trade between the two sides.

Despite having brisk trade with Iraq, Turkey has only one border gate which opens to the Kurdistan Regional Government (KRG). Iran, which has less trade volume with Iraq comparing to that of Turkey, has more than 10 border gates both with the KRG and central government."The KRG's controversial referendum step last year showed that conducting trade with Iraq through one gate is undermining the interest of Turkey. However, by opening a new border with Baghdad, Ankara is not aiming to bypass the Habur border gate with the KRG," Bilgay Duman, an expert on Iraqi affairs at the Center for Middle Eastern Strategic Studies (ORSAM) underlined.

Duman underscored that Turkey's step indicates that it aims to diversify its policies with Iraq. In relation to the issue, Acun stated the new crossing is not welcomed by "some" for various reasons.

"If the Ovaköy Border Gate is opened, PKK's Iraq-Syria terror line will be completely cut off. This will strengthen Turkey's position in the fight against terrorism," Acun underlined.

Acun added that "as the Iraqi army will provide security through the route of the crossing reaching to Baghdad, the PKK's mobility will be substantially constrained.

"The U.S. which provides logistic support to PKK's Syrian offshoot YPG/PYD in northern Syria using the Fishabur border gate, would not welcome control of the area by Turkish and Iraqi military with the new border gate," Acun also said.

Officials in Ankara have been stressing that Turkey is resolute in its decision to work with Baghdad to open a new border gate as it will provide mutual benefits for both sides in terms of economy and the fight against terrorism. Ankara has long been saying that Baghdad's contribution to eradicate the PKK is vital since the terror organization will eventually cost a heavy price for them as well.

Commenting on ties with the KRG, Duman underlined that "While Turkey's ties with Iraq central government has been enhancing, it can be seen that strained relations with the KRG has been slightly improving as well."

Highlighting that KRG's Prime Minister Nechirvan Barzani attended President Recep Tayyip Erdoğan's inauguration on July 9, Duman said that "There might be a thawing in ties with the KRG as it has substantially understood that it was a mistake to hold a referendum with an aim of breaking away from the Iraq central government."

Following the referendum step of then KRG President Masoud Barzani held in September last year, the Iraqi army and pro-Baghdad militia launched an offensive which forced Irbil to withdraw from almost all territories that it had captured during its anti-Daesh campaign including Kirkuk, Sinjar, Makhmour and Qanaqin.

The KRG, which was previously benefiting from good ties with Turkey, was left alone during the referendum process and faced a backlash from the country. The officials in Ankara called on the KRG to immediately give up the referendum decision and take steps to resolve the problems between Irbil and Baghdad within the territorial integrity of Iraq. Duman stressed that during the period, Ankara did not close the Habur border gate with the KRG, which showed that Turkey moved cautiously.

In relation to the issue, Acun pointed out that there have been positive steps in ties with Irbil, however relations have not returned to the level seen prior to the referendum yet.