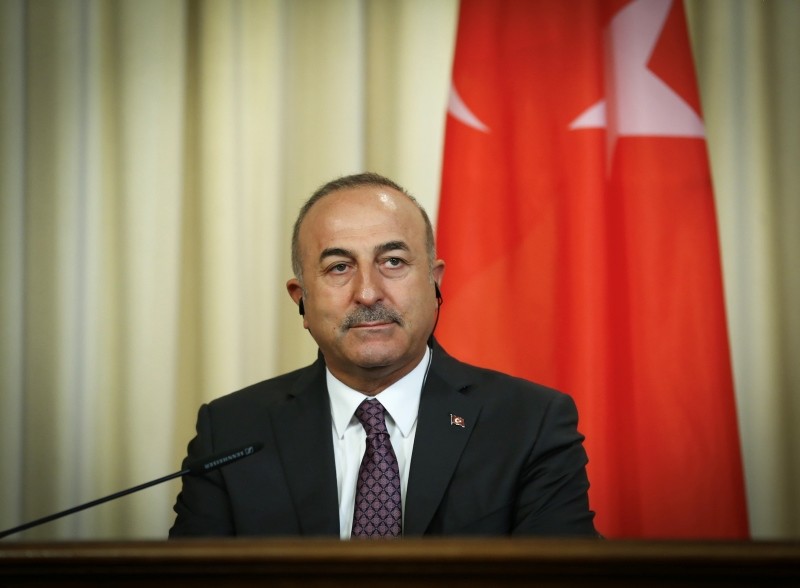 The recent rapprochement between Turkey and the EU, and the developing commercial and diplomatic ties with Russia and China point to Ankara’s multidimensional diplomacy designed to maintain equally strong ties with several partners to prevent becoming too dependent on a single power

Ankara has been pursuing multidimensional diplomacy by maintaining equally strong ties with several partners to prevent becoming too dependent on a single power, while ensuring the balancing out of allies who have temporarily become sources of instability.

The proof behind this multidimensional approach is the recent rapprochement between Turkey and the EU and the developing commercial and diplomatic ties with Russia and China at a time when relations with the U.S. are at a historical nadir. Turkish officials have repeatedly stressed the fact that ties with other countries are not seen as alternatives to one another and that Turkey's diplomacy is based on mutual advantage.

Foreign Minister Mevlüt Çavuşoğlu, speaking in Lithuania on Tuesday, said Turkey's relations with Russia are not an alternative to its ties with the European Union or the United States.

Speaking at a joint press conference with his Lithuanian counterpart Linas Linkevicius in Vilnius, Çavuşoğlu also touched upon the currently strained Turkey-U.S. relations by underlining the importance of dialogue between the two states.

Turkey and the U.S. are currently experiencing rocky relations after Washington imposed sanctions on two Turkish Cabinet ministers for not releasing American pastor Andrew Brunson, who is facing terrorism-related charges in Turkey.

"Turkey is not a state within the U.S., Turkey is an independent country. We don't have to agree on every decision or action of one country against another country, particularly when it is not fair, and not just," he said, referring to U.S. sanctions on Iran.

Murat Aslan, an academic from Hasan Kalyoncu University, told Daily Sabah that in the last four to five years, Turkey's foreign policy has been to pursue its interests independent of any single ally.

On Aug. 16, Macron in a phone call with Erdoğan discussed bilateral economic relation. He highlighted the importance of stability in the Turkish economy.

Earlier on Aug. 15, German Chancellor Merkel also talked with President Erdoğan over the phone. She said that the strength of the Turkish economy is also important for Germany, presidential sources said.

Both leaders reportedly asserted their commitment to strengthening Turkish-German cooperation with more high-level talks and visits.

Yesterday, Lithuania's President Dalia Grybauskaite said that the EU cannot turn its back on Turkey, adding that "it's necessary to search for solutions to assist Turkey" to help curb terror threats and migration to Europe.

Lithuanian Foreign Minister Linas Linkevicius said Tuesday that "Turkey will always be a sincere partner of dialogue for Lithuania," adding that "it's abnormal not to speak directly, even when there are problematic issues."

Turkey needs to protect its airspace

Asked whether news that appeared in the local media about a request by a visiting U.S. Congress delegation urging Ankara to give up the purchase of S-400 missiles from Russia to be able to receive the F-35 fighter jets was true, Çavuşoğlu said no.

He said Turkey was in immediate need of an air defense system, and that its ally the U.S. was not willing to provide it.

"We have to protect our air space. This is a must for us. They should understand it. Can the U.S. give us a guarantee to sell Patriots?" he asked. Çavuşoğlu added that Turkey wanted to solve issues with the U.S. as two equal partners, warning that "one-sided impositions" were not of help.

U.S. Secretary of Defense Jim Mattis said yesterday at a press conference at Pentagon that Turkey's decision to bring in Russian anti-aircraft and anti-missile systems concerns the U.S.

The delegation headed by U.S. Congressman Michael Turner, a member of the NATO Parliamentary Assembly, held meetings with Foreign Ministry and Defense Ministry officials on Monday regarding the purchase of S-400 systems and the delivery of F-35 fighter jets.

Turkey decided to purchase the S-400 defense system from Russia to meet its urgent needs as the U.S. voiced strong criticism to the system on the grounds that it would be "incompatible" with other NATO systems. The Russian system is expected to be delivered in 2019.

Çonkar stated that the delegation from the U.S. highlighted that "Turkey is a significant partner in the F-35 joint program and its efforts so far have been appreciated." Çonkar said that during the meeting the U.S. delegation underlined that they "defended the F-35 joint program" against the harsh attempts of preventing delivery to Turkey and that they softened the draft resolution.

The Turkish defense industry has been playing an active role in the production of the fifth generation F-35 fighter jets and the first two jets of the 30 approved were delivered to Turkish officials last month.