Erdoğan holds bilateral meetings with Rouhani, Putin ahead of Tehran summit on Syria 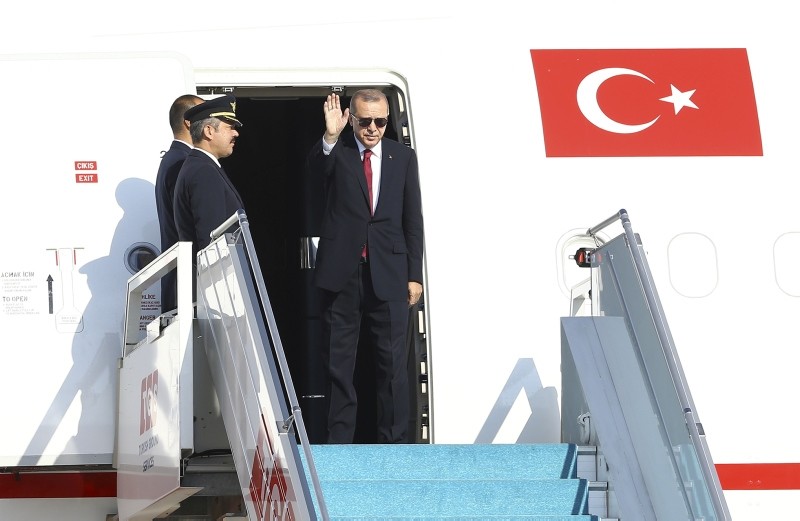 President Recep Tayyip Erdoğan on Friday arrived in Iran to attend a trilateral meeting on Syria in the Iranian capital Tehran.

Shortly after his arrival, Erdoğan and his Iranian counterpart Hassan Rouhani held a bilateral meeting ahead of their summit with Russian President Vladimir Putin.

The closed-door meeting between Erdoğan and Rouhani at Sadabad Palace lasted around 45 minutes.

Before the meeting, Erdoğan said: "Today is a really important and meaningful day... We will hold an important meeting in Tehran following Sochi and Turkey."

After his meeting with Rouhani, Erdoğan and Putin also held a one-on-one meeting.

During the trilateral summit, Erdoğan, Putin and Rouhani will discuss joint efforts as part of the Astana process and political efforts for finding a lasting solution to the Syrian conflict.

The first tripartite summit was held in Russia's Black Sea resort of Sochi on Nov. 22 to discuss progress made in the Astana peace talks and changes in de-escalation zones across Syria.

The second trilateral meeting was hosted by Erdoğan in April in the Turkish capital Ankara.