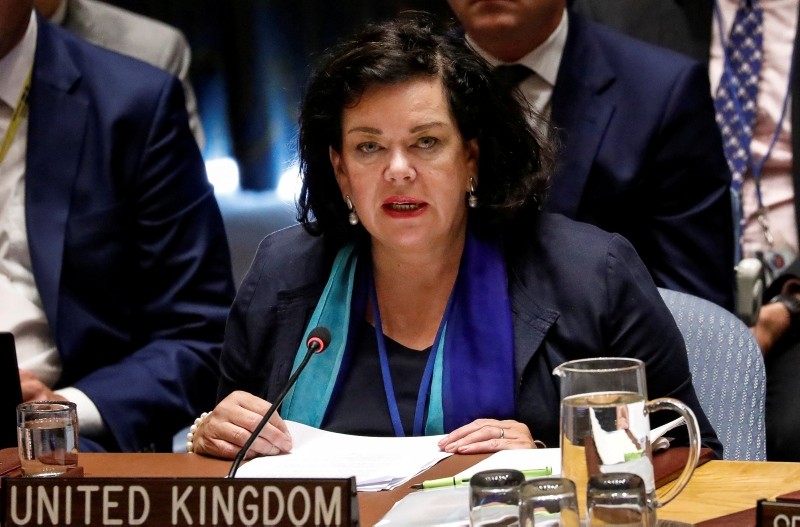 Erdoğan on Monday said in the Wall Street Journal: "All members of the international community must understand their responsibilities as the assault on Idlib looms. The consequences of inaction are immense."

"A regime assault [in Idlib] would also create serious humanitarian and security risks for Turkey, the rest of Europe and beyond," he added.

"As a result of the Syrian civil war, which the United Nations Human Rights Council calls 'the worst man-made disaster since World War II', millions of innocent people have become refugees or have been internally displaced," he said.

He also noted Turkey's role in protecting the Syrian people, as it hosts the largest number of refugees in the world at 3.5 million.

Pierce said the council faces "a choice", between a Syrian regime and Russian "military assault on Idlib in which, as many colleagues have said today, thousands of civilians will die," or "we allow Turkey and opposition groups the support, space and time to separate out the terrorists and tackle them themselves.

"Turkey has a plan, Madam President, in Idlib and it does involve reaching an agreement with the Syrian opposition whereby the regime refrains from attacking them while they combat terrorism," she said referring to Nikki Haley, the U.S.'s U.N. envoy and council president.

"This is what we should be discussing today, Madam President, but I think it has been absent from the briefing we received from Russia just now," Pierce added.

Haley further blamed Russia and the regime for allegedly carrying out more than 100 airstrikes, some of which she said were "ruthless double tap" strikes targeting first responders.

"It is a disgusting tactic of terrorists, not professional soldiers," she said.

She alleged Moscow, Tehran and Damascus are not interested in pursuing a political solution to the Syrian crisis, saying "Turkey learned this lesson last week" during trilateral talks in the Iranian capital.

"The United States is long past taking Russia and Iran at their word that they are interested in protecting civilians in Idlib from further violence," she said. "If Assad, Russia, and Iran continue down the path they are on, the consequences will be dire. The world will hold them responsible. And no number of Security Council meetings will ever change that."

The U.N. warned Monday at least 30,000 residents in Idlib have been displaced in the first nine days this month amid the Russian and regime air campaign there.