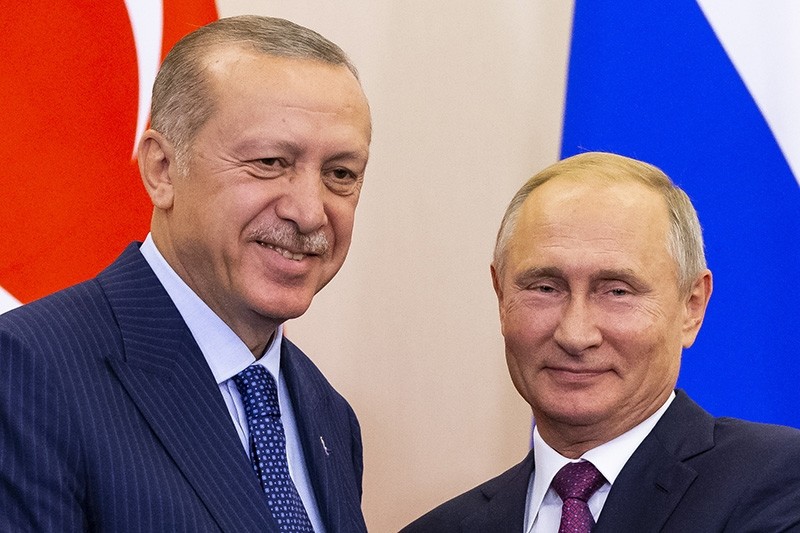 American officials welcomed the new deal between Turkish and Russian presidents to maintain the de-escalation regime in Syria's troubled province in Idlib, hoping that it will lead a permanent ceasefire.

A State Department spokesperson told Daily Sabah on Monday evening that while the U.S. didn't take part in negotiations in Sochi, it was still encouraged by the step taken to avert the offensive.

"The United States supports any credible efforts that prevent a resurgence of violence and protects civilians. Civilians must be allowed freedom of movement, including the right to return home, and provided access to immediate humanitarian assistance and medical care," the spokesperson said in an email, asking for anonymity due to diplomatic protocols.

U.S. statements last week echoed Turkish concerns and put the two countries in an alignment against the Assad offensive. Some in Washington considered it as a first step to calibrate Turkish-American relations in order to reach a coherent Syria policy that can maintain a working relationship.

True or not, U.S. warnings helped Turkey's case in Sochi, as Putin had to consider possible U.S. repercussions along with Turkish resistance.

Instead of caving in, Erdoğan last week sent reinforcements to 12 Turkish outposts in the province and provided ammunition and heavy weapons to moderate opposition groups.

In a way, the new Idlib deal to create a demilitarized zone has become a win-win solution for everyone involved in the Syrian civil war. Russians secured their bases in Latakia along with the highway leading to Aleppo, Turkey met its promise to protect civilians and opposition groups, and U.S. officials preserved the area from Iranian influence.

U.S. officials continue to point out the need to remove al-Qaida franchise terror groups such as Hayat Tahrir al-Sham (HTS) or Nusra Front from the theater, but also recognize the risks associated with active warfare in a civilian-congested territory.

A military campaign "does no good for the long term of Syria because all it does is continue to add to the human suffering," Defense Intelligence Agency Director, Lt. Gen. Robert Ashley, told an audience in Washington on Monday. "We want to see the factions and the different parties come together to be able to start to look at a way we can start setting peace and start working to a sense of normalcy."