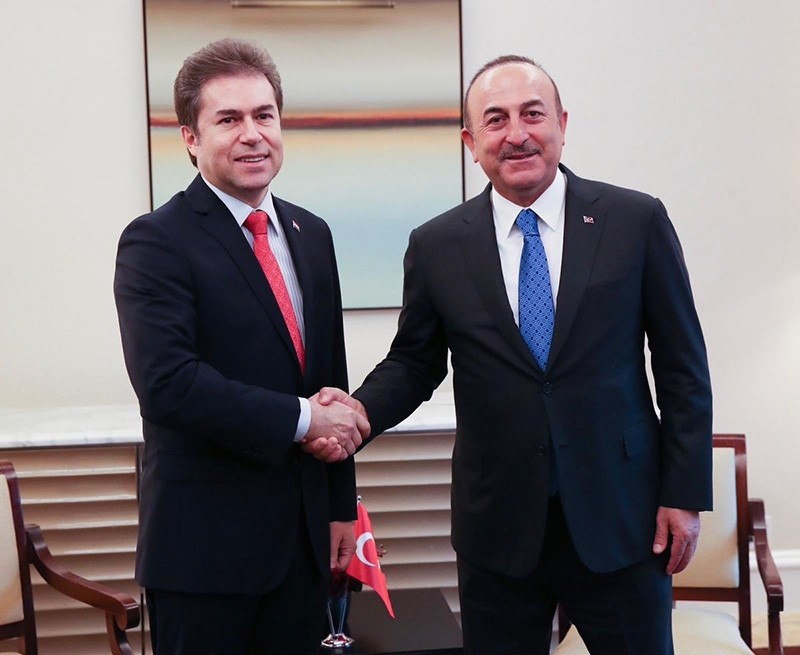 Ankara signaled that a new era is beginning in its relations with Latin American country Paraguay, as the two sides decided to open embassies in their capital cities with the aim of deepening cooperation and further developing bilateral ties.

Foreign Minister Mevlüt Çavuşoğlu met with his Paraguayan counterpart Luis Alberto Castiglioni on Sunday during his visit to New York City where he is present in order to attend the 73rd United Nations General Assembly. During the high-level meeting, Turkey and Paraguay came to an agreement to improve bilateral relations as well as opening the first embassies in the capital cities of Ankara and Asuncion.

According to a Foreign Ministry statement, "Turkey has completed necessary legal procedures to open its embassy in Asuncion and designated Armağan Inci Ersoy as the first ambassador." The statement also highlighted that Paraguay is going to complete the required procedures regarding the issue as soon as possible.

"A new era is beginning in our relations with Paraguay, one of the leading countries in Latin America," Çavuşoğlu tweeted on Sunday.

It is also stressed in the statement that Turkey is taking steps "to increase its contacts and cooperation with Paraguay in the framework of Turkey's outreach policy towards Latin America and the Caribbean region (LAC)."

Pursuing a multidimensional policy, Turkey is aiming to develop its relations with the LAC countries in the last 20 years. Accordingly, the "Latin America and the Caribbean Action Plan," was put into practice in 1998 and updated in 2006. The Action Plan then became a road map for Turkey to determine and develop strategies in that area. The year 2006 was also declared as the "Year of Latin America and the Caribbean" in Turkey.

Within the scope of a Turkish opening in the LAC region, Turkey also highlights the importance of increasing the political, cultural, military and economic interactions with the region countries and holding high-level meetings, promoting commercial cooperation and signing cultural and technical cooperation agreements.

Meanwhile, in early September, Castiglioni had announced that Paraguay will move its embassy in Israel back to Tel Aviv from Jerusalem. Welcoming the decision, Çavuşoğlu held a phone conversation with his counterpart and conveyed support for the step.