Trump thanks Turkey for efforts on Idlib 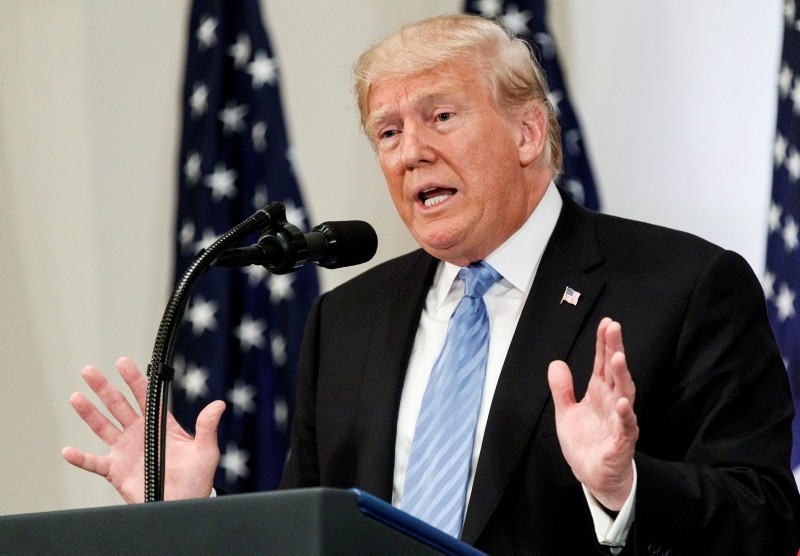 "I thank Turkey for helping to negotiate restraint in Syria's Idlib; the U.S. is willing and able to help," Trump said during his address at the U.N. Security Council.

Trump also thanked Iran, Russia and the Syrian regime for slowing down attacks on Idlib, saying, "get the terrorists, but I hope the restraint continues – the world is watching."

Later on the same day, during a press conference in New York, the president praised Turkey's efforts again.

"Turkey has done a wonderful job with the Idlib deal and helped us a lot," he said.

Turkey and Russia have signed a memorandum of understanding that calls for preserving the de-escalation zone in Idlib.

President Recep Tayyip Erdoğan and U.N. Secretary-General Antonio Guterres discussed measures taken for the de-escalation zone in Idlib as well as the political process in Syria earlier this week on the sidelines of the General Assembly session.

Mogherini also said Wednesday a so-called Special Purpose Vehicle (SPV) under consideration to facilitate trade with Iran could be in place "before November."

The SPV aims to keep trade flowing even if possible U.S. sanctions hit Tehran. Asked at an event in New York when it could be established, Mogherini said: "I believe before November."

European diplomats have described the SPV proposal as a means to create a barter system, similar to one used by the Soviet Union during the Cold War, to exchange Iranian oil for European goods without money changing hands.