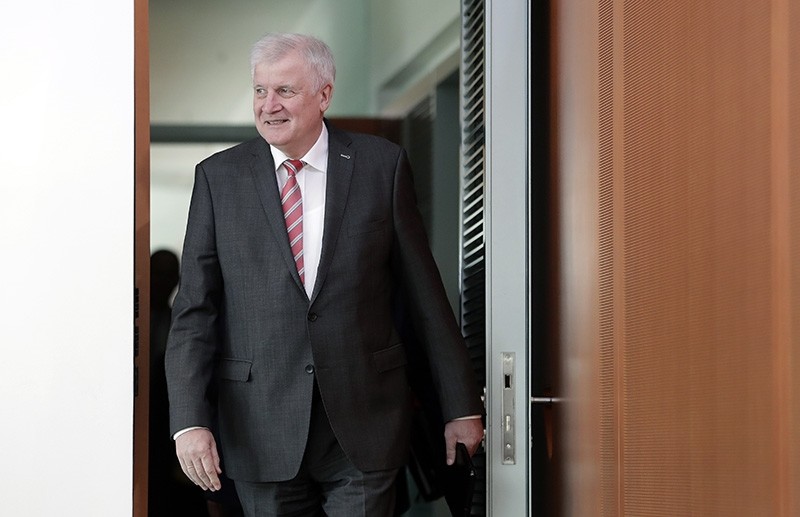 "Today I have met my Turkish counterpart for the first time. We had a constructive exchange on further steps in our cooperation," Seehofer wrote on Twitter, following the meeting.

"For us, Turkey is an important partner in the fight against terrorism," he stressed.

Relations between Ankara and Berlin have suffered setbacks in past years, but both sides have taken steps in recent months toward improving ties.

Seehofer, who also leads the Christian Social Union (CSU), a sister party of Merkel's Christian Democrats (CDU), has been an influential figure in the government.

Soylu is accompanying President Erdoğan in his three-day state visit to Germany.

Ahead of his official talks in Berlin, Erdoğan called on German authorities to show more solidarity with Turkey in its fight against outlawed and terrorist groups.

"We expect Germany to extend its support to Turkey in its fight against terrorist groups such as (Gülenist Terror Group) FETÖ, PKK and DHKP-C, which are also a threat to Germany's domestic security and target German citizens," the president said.

Germany's reluctance to take serious measures against terrorist groups such as the PKK and the FETÖ has been a source of tension between the two countries in the last two years.

Both terrorist groups use Germany, which is home to more than 3 million migrants from Turkey, as a platform for their propaganda fundraising and recruitment activities.