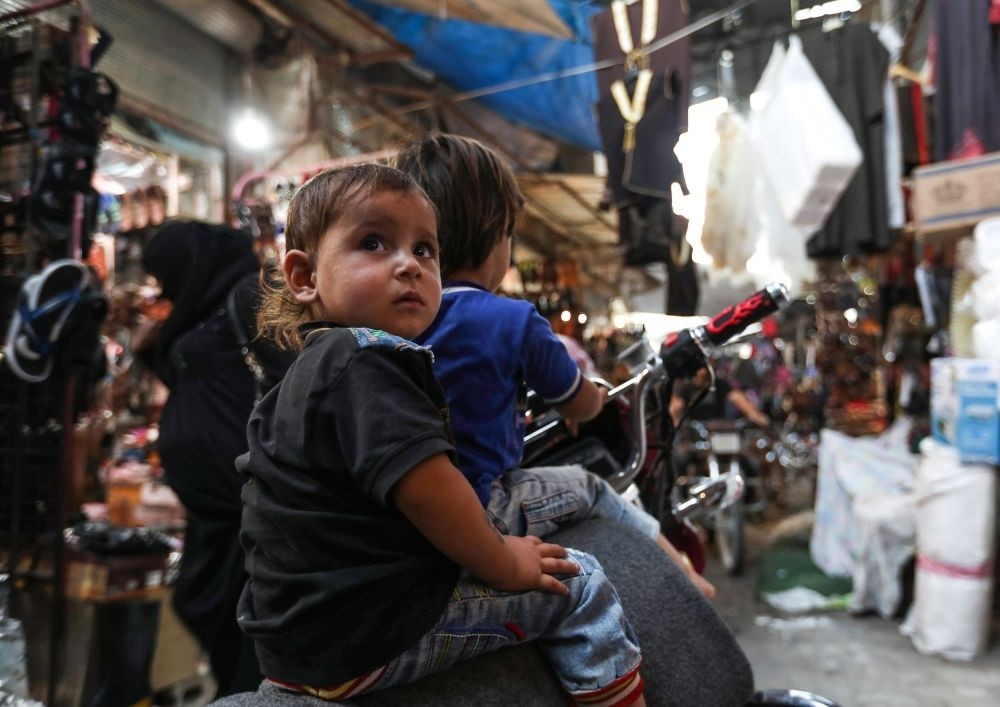 The Idlib deal between Russia and Turkey is being successfully implemented, thanks to the latter's effective management of the process, Syrian opposition figures said

The weary civilians of Idlib have placed their hopes on the joint initiative that Turkey and Russia undertook in mid-September to prevent a humanitarian disaster with the establishment of a demilitarization zone as of Oct. 15. The chairman of the National Coalition for Syrian Revolutionary and Opposition Forces, Abdurrahman Mustafa, told Anadolu Agency (AA) that they expect "the radical groups in Idlib to lay down their arms to avoid harming the civilians living in the region" in line with the deal.

The Syrian opposition highlighted that the process regarding the Idlib agreement signed between Turkey and Russia, which foresees the preserving of the de-escalation zones and clearing of radical groups from the region, has been proceeding in a positive way under Turkey's successful management.

Speaking to Anadolu Agency (AA), chairman of the National Coalition for Syrian Revolutionary and Opposition Forces, Abdurrahman Mustafa, stated, "The process of the agreement has been continuing as foreseen," according to the information they received from the sources on the ground.

"Turkey manages the process in Idlib well. We know that the moderate opposition is working in line with the Sochi agreement," Mustafa said and added that the main challenge to the implementation process of the agreement is the current stance of the radical groups.

According to the Idlib agreement reached by Turkey and Russia at Sochi on Sept. 17, a demilitarized zone, some 15 to 20 kilometers deep along the contact line between the armed opposition and regime forces, will be established by Oct. 15. Radical groups and heavy arms will be cleared from the region as well, while opposition groups in Idlib will remain in areas where they are already present. The agreement has been welcomed by many as it is considered to have prevented a humanitarian disaster and enabled the continuation of the existence of the moderate opposition in the region. Ankara has been highly vocal that the opposition groups should not be targeted and should remain in place. If the opposition is eliminated, the political process and diplomatic efforts would collapse, Turkey has been highlighting.

"We expect the radical groups in Idlib to lay down their arms, avoiding harming the civilians living in the region and resisting Turkey," Mustafa said. "In order to avoid playing into Russia and Bashar Assad regime's hands, this process under the control of Turkey must be successful," he added.

Meanwhile, as there were some reports that the Failaq al-Sham, which is part of the Turkey-backed Free Syrian Army (FSA) opposition faction, withdrew from the Idlib buffer zone. The leader of the group denied reports on Sunday night. The Syrian Observatory for Human Rights said on Sunday the group was the first to start pulling out of the buffer zone in the Idlib region.

Another commander in the National Front for Liberation (NLF) alliance said that: "Nothing has happened on the fronts so far. Most of the heavy weapons are not on the front line anyway." The group also said it was opposed to the deployment of Russian forces in a demilitarized zone to be set up under the Sochi agreement. National Liberation Front spokesman Naji Mustafa said late Sunday that the group discussed the issue with Turkey and added that, "The NLF took a clear position rejecting this matter."

While most opposition groups have welcomed the deal, some factions have continued to object. Jaish al-Izza, which was formerly backed by the U.S., was one of the groups to reject the deal. It said the deal "eats into the

Idlib was turned into a shelter for opposition fighters and their families who were evacuated from different parts of the war-torn country. However, terrorist groups, including the al-Qaida-linked Hayat Tahrir al-Sham (HTS), have also taken parts of Idlib - approximately 60 percent - under control, an issue putting civilians at serious risk in the case of a full-scale attack by the regime and its backing allies. Apart from the al-Qaida-linked HTS, there are also moderate opposition groups in Idlib, which have been backed by Turkey against the Bashar Assad regime.

Turkey can drive radicals out of Idlib, regime says

The Idlib agreement saddles Turkey with the task of clearing the buffer zone from radicals and heavy arms. Ankara has been calling on these radical groups to dissolve and lay down their heavy arms.

As it is difficult to foresee the developments in the region, there are also some fears that there might be some provocations that would result in chipping away at the Sochi agreement.

Commenting on the issue, the regime's Foreign Minister Walid Muallem highlighted on Sunday that they believe Turkey can manage to remove Nusra Front from the region.

"We consider that Turkey can remove Nusra militants by fulfilling its responsibilities regarding the declared demilitarized buffer zone," he stated.

The existence of the HTS in Idlib has concerned Russia. While acknowledging the concerns of Russia, Turkey had been warning that a full-scale operation on Idlib would result in a disaster due to the alarmingly high number of civilians in the region. Previously, Ankara had also offered to cooperate with Moscow to distinguish terrorists from the moderate opposition, designating the HTS as terrorist group.

With an aim of shoring up the Assad regime, Moscow intervened militarily in Syria in 2012. In relation to Russia's losses in the last three years, Viktor Bondarev, chairman of the defense and security committee, stated on Sunday that, "As of today, the losses of our armed forces in Syria stand at 112 people, with the crashes of An-26 and Il-20 accounting for about a half of them."

The IRGC fired ballistic missiles on Daesh positions in the area of Albu-Kamal in retaliation to an attack on a military parade that killed at least 25 people in Ahvaz last month.

The Ahvaz National Resistance, an Iranian ethnic Arab separatist movement, and Daesh have both claimed responsibility for the attack in which 25 people were killed.

The Revolutionary Guards, the most powerful security force in Iran, said in a statement that six missiles were fired into Syria from western Iran.

Seven drones were also used to bomb militant targets during the attack, which killed a number of militant leaders and destroyed supplies and infrastructure used by the group, the Guards said.