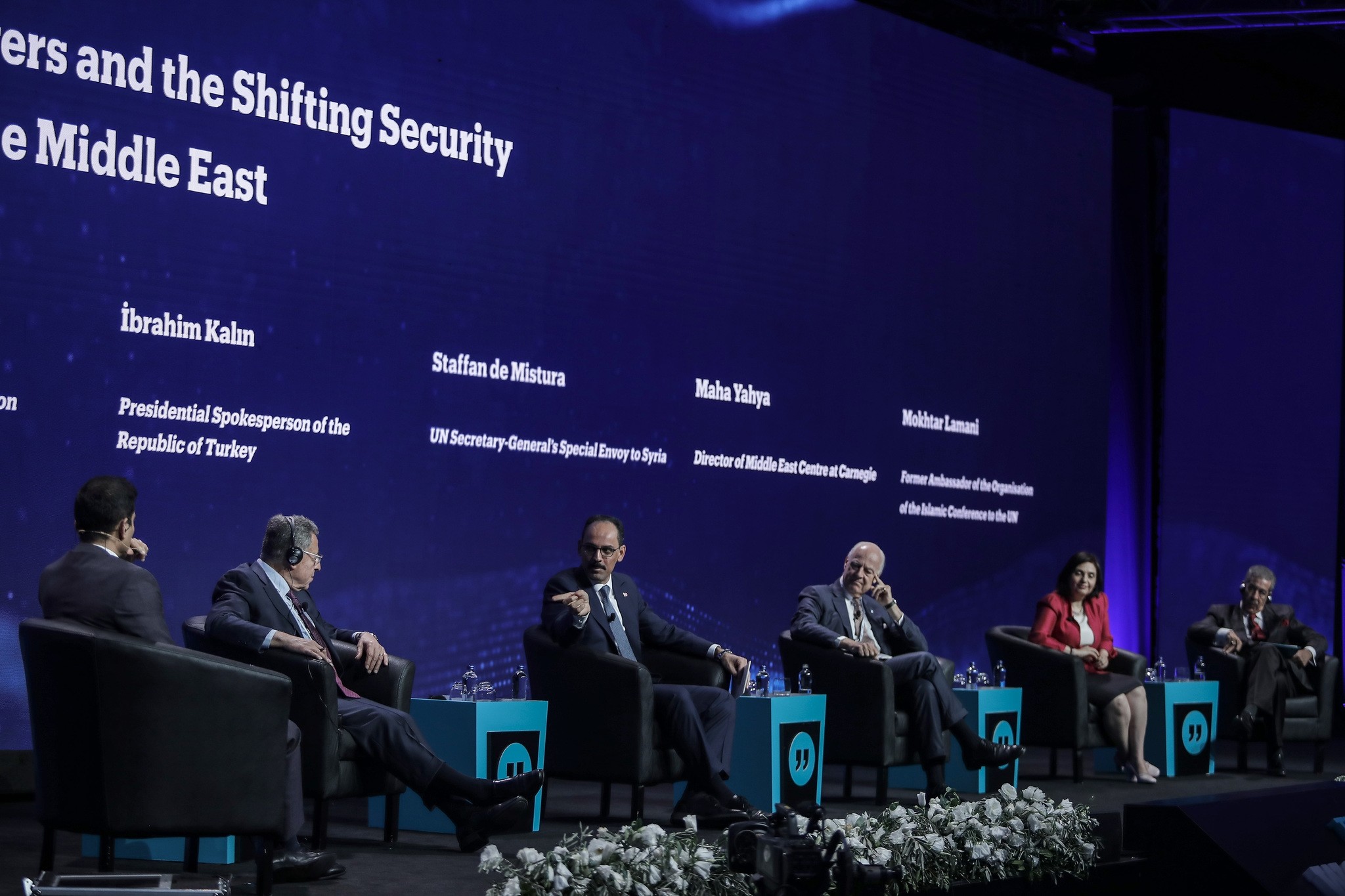 Presidential spokesman Ibrahim Kalın blamed on Thursday increasing "unilateralism" and "racism" for the insecurity and crises across the world.

"The world feels insecure in the face of increasing unilateralism and racism and when one world leader tells another that they can't survive even for two weeks without his help," Kalın told a session of the TRT World Forum in Istanbul themed "Regional Players and the Shifting Security Equation in the Middle East".

On Wednesday, U.S. President Donald Trump warned that Saudi Arabia would be unlikely to last a fortnight without military assistance from Washington.

"In fact, it is generated by the failures of the regional countries, no doubt, and regional actors, but it is also exacerbated by the global powers."

"Every time we think of the Middle East, we think of conflict and war, but this was not the story of the region until a century ago. Yet only a few centuries ago, many countries that make up the Middle East today were home to many luminaries," he noted.

Idlib deal happened thanks to Erdoğan

Over a deal between Turkey and Russia to save civilians in Syria's Idlib from a military offensive by the Assad regime, Kalın said, "the agreement is certainly the best news we have."

"The deal is there thanks to tireless efforts by our President Recep Tayyip Erdoğan who made it happen."

Noting Turkey cannot carry this burden on its own, Kalın said: "You see these shifting policies of key players in Syria from the United States to […] Gulf countries and others. And that creates not only a lot of confusion but also a loss of trust on the ground."

The presidential spokesman noted that the U.S. said the country was in Syria to eliminate Daesh but "as they said Daesh [is] largely defeated."