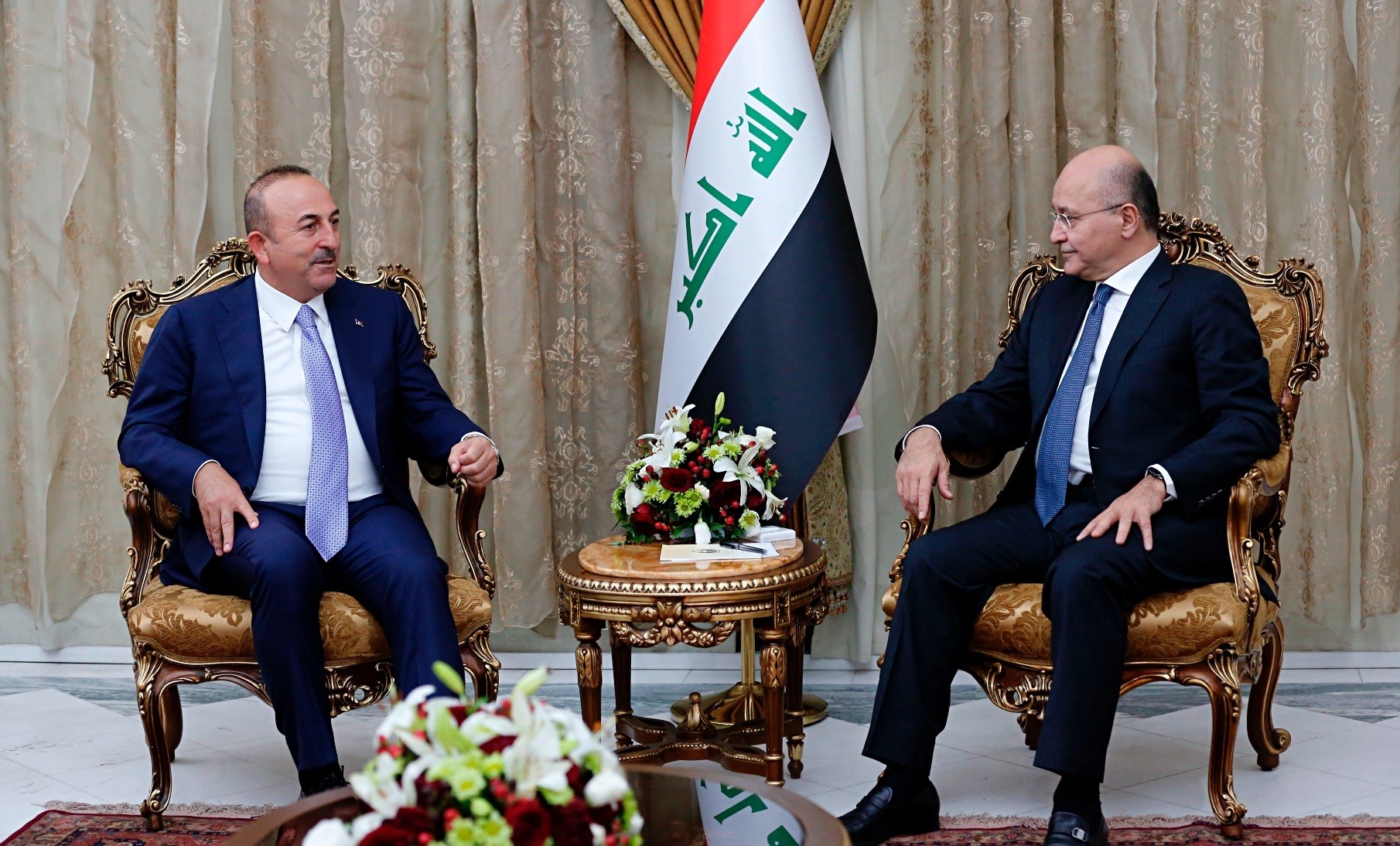 Turkey's Basra and Mosul consulates in Iraq, which were shut down in 2014 due to security reasons, will re-open soon, Foreign Minister Mevlüt Çavuşoğlu said in Baghdad yesterday during his two-day visit to Iraq.

"Turkey will reopen consulates in Iraq's Basra and Mosul that had been closed due to security concerns. Iraq and Turkey are not only neighbors but also brothers; thus, we have to have cooperation and solidarity," Çavuşoğlu said in a joint press conference with Iraqi President Barham Ahmad Salih in Baghdad.

Daesh took over the Turkish Consulate in Mosul in June 11, 2014, and held captive 49 consulate personnel and their families, including main opposition Republican People's Party (CHP) Deputy Öztürk Yılmaz, who was then the consul general to Mosul. The hostages were safely returned to Turkey after 101 days of captivity. The Basra consulate was also closed down in 2014 due to security reasons before Daesh terrorists were defeated in the country. Turkey currently has its embassy in Baghdad and a consulate in Irbil in northern Iraq.

"Turkey will continue to destroy the terrorists in accordance with international law, no matter where t

hey are. This fight [against terrorists] is not a violation of Iraq's territorial integrity or an attack on it. It is our right under international law," Çavuşoğlu added, referring to Turkey's cross border operations into Iraq against the PKK terrorist group.

"From now on, following the formation of it [the government], we will continue this fight together with the Iraqi government," the foreign minister said and added that Turkey will also support reconstruction efforts in Iraq.

Ahead of his meeting with Salih, Çavuşoğlu met Iraqi Parliament Speaker Mohammed al-Halbousi in Baghdad.

Çavuşoğlu said that the main goal of his official visit is "to support the protection of unity and solidarity of Iraq."

"I hope that an embracing and comprehensive government will be formed. We think that the Iraqi parliament will play an important role in the future of the country," he added.

The Turkish foreign minister said that "from security to economy," Turkey is with the people of Iraq.

Halbousi said Çavuşoğlu's visit will contribute to the further development of bilateral relations between the two countries.

Recalling the damage Daesh caused in Iraq, Halbousi called on Turkey for support in the reconstruction of Iraq's infrastructure.