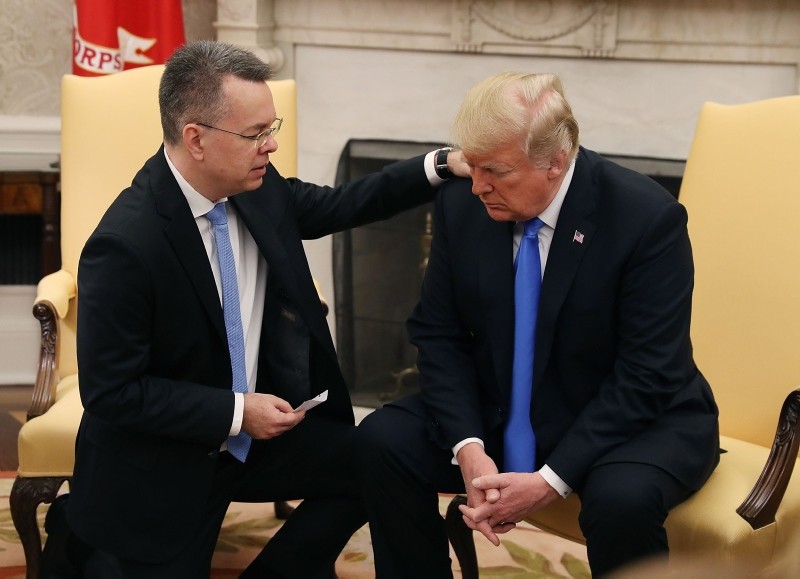 US President Donald Trump prays with American pastor Andrew Brunson in the Oval Office of the White House, Saturday October 13, 2018, in Washington. (AP Photo)
by daily sabah
Oct 13, 2018 12:00 am

"We have had very harsh past number of months, because of what was happening. This is a tremendous step toward having the kind of relationship with Turkey, which can be a great relationship that I know we are going to have," Trump said.

When asked about lifting sanctions on Turkey imposed over Brunson, Trump said, "we'll take a look," reiterating that there was "absolutely no deal."

"We have a chance of really becoming much closer to Turkey, and maybe even having a very, very good relationship," Trump added.

After thanking Trump, Brunson kneeled next to him in prayer, asking God to give the U.S. president "supernatural wisdom."

The charges against him included spying for both FETÖ and the PKK, a group recognized as terrorist by the U.S. and EU, which is responsible for some 40,000 deaths in Turkey, including women and children.