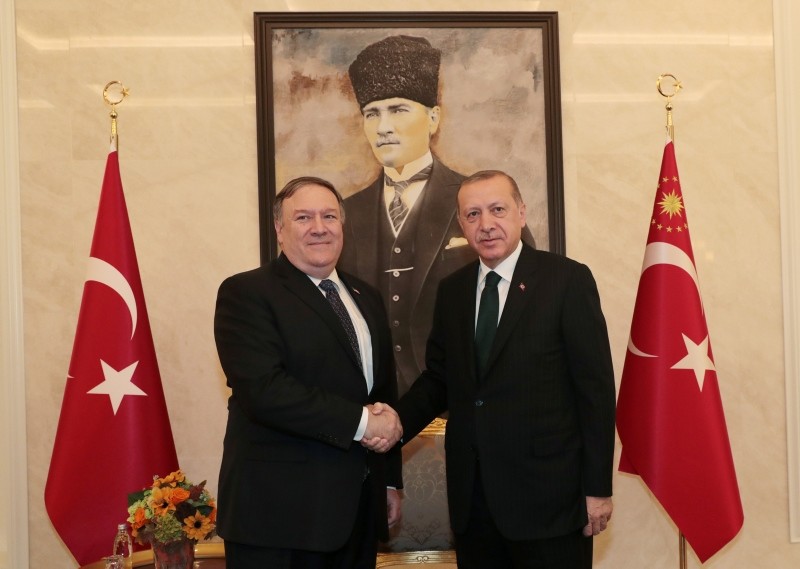 Çavuşoğlu also said Turkey and the U.S. are on the same page regarding the lifting of sanctions and other related matters, referring to sanctions imposed amid the spat over the detention of U.S. pastor Andrew Brunson, who was convicted on terror charges last week but released, having fulfilled his sentence. 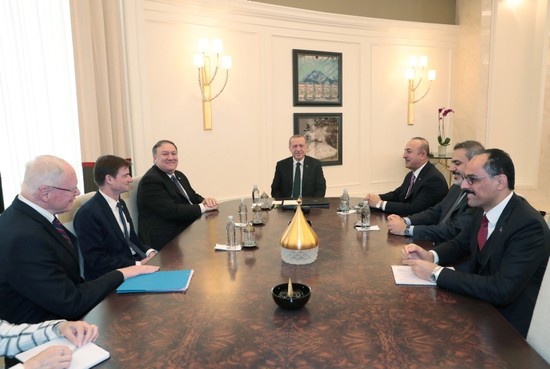 Pompeo welcomed the decision to release Brunson is his meeting with Erdoğan, U.S. State Department Spokesperson Heather Nauert said in a statement, adding that issues related to Syria and the Khashoggi case were also discussed.

In a separate statement, Nauert said that Çavuşoğlu and Pompeo discussed a range of bilateral issues including Syria, Iran and counterterrorism. Pompeo reiterated the U.S. willingness to assist Turkey in its investigation on the Khashoggi case. The two ministers also discussed the detentions of U.S. citizens and embassy staff, it added.

On the plane following his visit to Ankara, Pompeo said he expects a decision soon regarding U.S. sanctions imposed on Turkey, noting that some of them were directly connected to the Brunson case.

"We'll have a decision on that shortly," Pompeo told reporters, according to audio that aired on CNN.

Pompeo arrived in Ankara on Wednesday from a visit to Riyadh where he met with Saudi King Salman and Crown Prince Mohammed bin Salman over the case of missing journalist Khashoggi.

A Turkish official reportedly said late Tuesday that Washington Post journalist and Riyadh critic Khashoggi was drugged, murdered and his body was cut into pieces after he visited the Saudi consulate in Istanbul on Oct. 2.

A Turkish investigator team and prosecutors conducted a nine-hour search in Saudi Arabia's consulate in Istanbul and were expected to search the residence of the Saudi consul, who returned to his country on Tuesday.

Dissident journalist Khashoggi, has been missing since Oct. 2 after entering the Saudi consulate to gather documents for marriage.

Khashoggi, who was considered close to the Saudi royal family, had become a critic of the current government and Crown Prince Mohammed bin Salman, the 33-year-old heir apparent who has shown little tolerance for criticism.