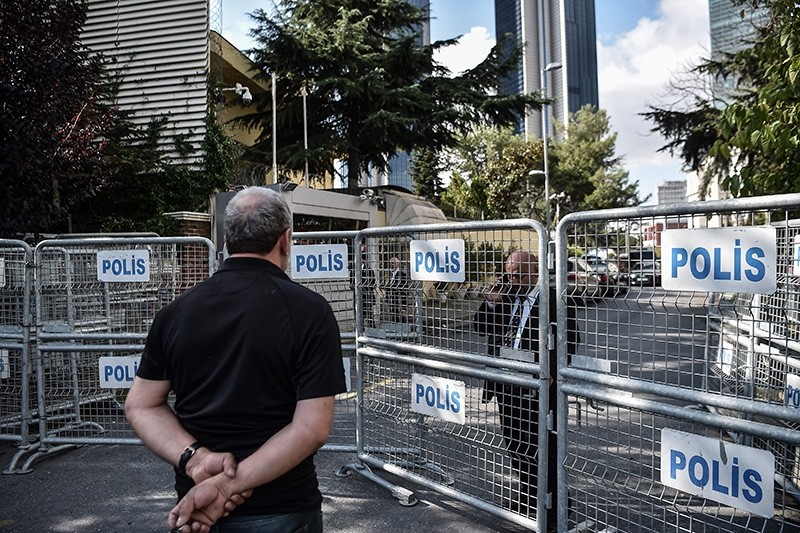 The U.N. human rights chief called Tuesday for the lifting of the immunity of officials who might be involved in the disappearance of a Saudi Arabian journalist at the kingdom's consulate in Turkey.

"In view of the seriousness of the situation surrounding the disappearance of Mr. (Jamal) Khashoggi, I believe the inviolability or immunity of the relevant premises and officials bestowed by treaties such as the 1963 Vienna Convention on Consular Relations should be waived immediately," rights chief Michelle Bachelet said in a statement.

He has not been seen since he walked into the Istanbul consulate -- officially Saudi territory -- to sort out marriage paperwork on October 2.

Turkish officials have said they believe he was killed -- a claim Saudi Arabia has denied -- with the controversy dealing a huge blow to the kingdom's image and efforts by its youthful crown prince to showcase a reform drive.

Bachelet stressed that "under international law, both a forced disappearance and an extra-judicial killing are very serious crimes, and immunity should not be used to impede investigations into what happened and who is responsible.

"Two weeks is a very long time for the probable scene of a crime not to have been subjected to a full forensic investigation."

Saudi Arabia can lift the immunity of its consulate and officials.

Bachelet's spokesman Rupert Colville told AFP that the U.N. rights chief had been in contact with the Saudis to discuss the matter.

"Given (that) there seems to be clear evidence that Mr. Khashoggi entered the consulate and has never been seen since, the onus is on the Saudi authorities to reveal what happened to him from that point onwards," Bachelet said.

U.S. media reported on Monday that the kingdom is considering an admission that Khashoggi died after an interrogation that went wrong during an intended abduction.