Trump says may consider sanctions against Saudi over Khashoggi 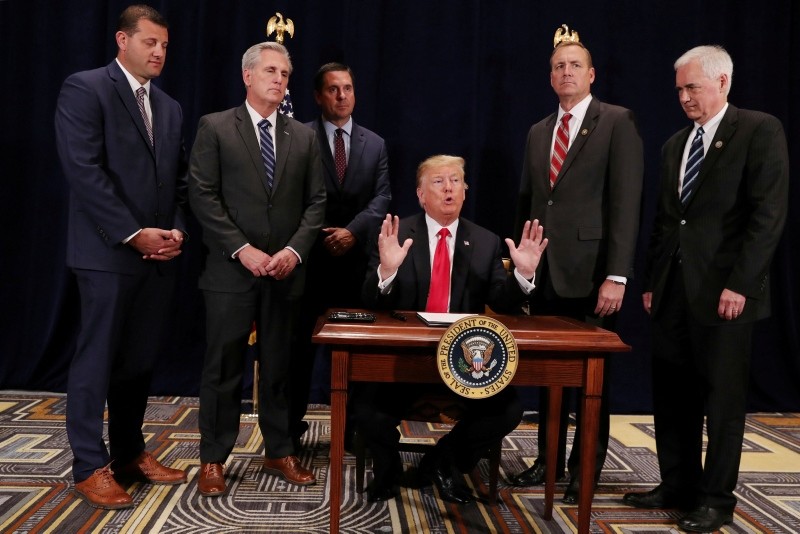 U.S. President Donald Trump speaks prior to signing a presidential memorandum focused on sending more water to farmers in California's Central Valley, at a conference center in Scottsdale, Arizona, U.S., October 19, 2018. (Reuters Photo)
by Daily Sabah with Reuters
Oct 19, 2018 12:00 am

It's too early to say what consequences might be over Khashoggi, he added.

I will have Congress involved in determining what to do over the case, Trump said. "I will very much listen to what Congress has to say."

The President also added that he will "make recommendations over what actions to take" in the case.

"Saudi Arabia has been great ally of United States, I need to take into account importance of U.S.-Saudi ties," he concluded.

"We might know a lot by Monday in Khashoggi case."