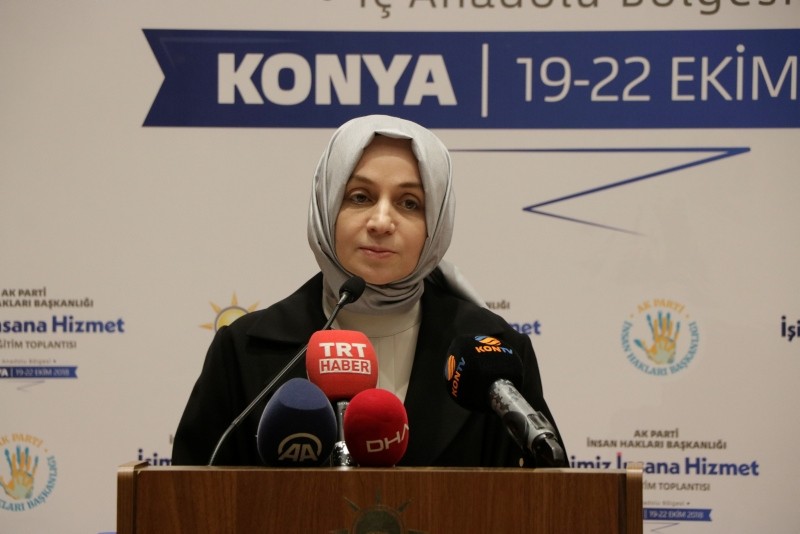 A senior member of the ruling Justice and Development Party (AK Party) criticized Saudi Arabia on Saturday over its acknowledgement that Washington Post journalist Jamal Khashoggi died in a "fistfight" at the Saudi consulate in Istanbul.

Leyla Şahin Usta said the kingdom should have given its explanation "before the situation reached this point."

"It would have been worthwhile had the Saudis announced [the details] of this incident ahead of time. This is a big shame for Saudi Arabia and the whole world," Usta told reporters in the central Anatolian province of Konya, in the first official Turkish reaction to Khashoggi's death.

Usta, a human rights official and spokeswoman of the AK Party, said Saturday that Turkish authorities, including prosecutors, forensic and security officials, have already reached some conclusions as part of their investigation into Khashoggi's death.

Saudis were "forced to" announce Khashoggi's death following a "serious and successful" investigation by Turkey over the incident, Usta said, adding: "All evidences will be released soon."

Saudi Arabia initially denied allegations that the columnist for The Washington Post had been killed in its consulate. It acknowledged early Saturday that he had and said 18 Saudi suspects were in custody and intelligence officials had been fired.