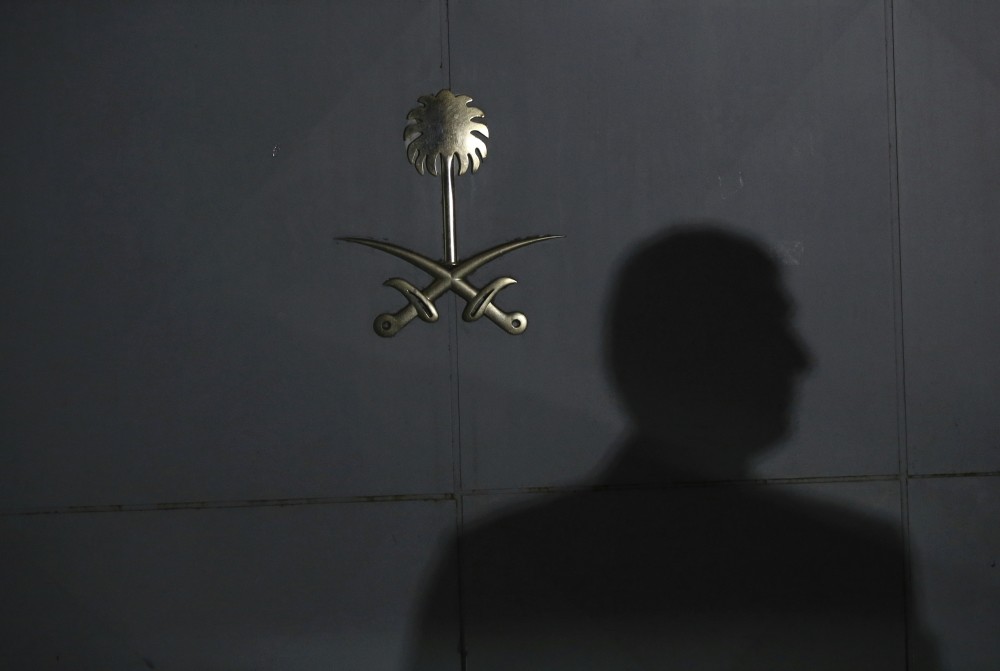 The Khashoggi murder at the Saudi Consulate in Istanbul has ignited debate on the Vienna Convention's framework on diplomatic immunity. Experts say there is need to redefine diplomatic immunity to avoid loopholes on blatant crimes

The return of the Saudi suspects responsible for the killing of dissident journalist Jamal Khashoggi to their countries with diplomatic immunity, under the Vienna convention, without receiving repercussions has raised questions on the risk of exploiting the system for unlawful activities to obstruct criminal investigations.

Experts say the Vienna Convention framework should be revisited to redefine diplomatic roles in order to avoid future loopholes in the system.

Ferhat Küçük, a lawyer who is currently working toward a doctorate in international law, told Daily Sabah that the duties of the consuls are not clearly defined in the convention, adding that "an additional protocol which specifies the detailed list of the duties of consuls and diplomatic people can be drawn up," to prevent such matters and settle issues without diplomatic efforts, something Turkey has been emphasizing for a time now.

Küçük said that while ambassadors are immune to criminal prosecutions under the Vienna Convention, consuls are only granted immunity for the acts "performed in the course of their duties," and don't have absolute immunity, which means that they may be put on trial by the courts of host counties if they are suspected of serious crimes.

Erdoğan also said that "The murder took place inside the Saudi Consulate but it should not be forgotten that it took place on Turkish soil. The Vienna Convention does not allow the investigation of such murders to be prevented by diplomatic immunity."

Khashoggi, a columnist for The Washington Post, had gone missing since entering the Saudi Consulate in Istanbul to obtain documents related to marriage on Oct. 2. The journalist was considered to have been murdered in the consulate. After days of denying any knowledge of his whereabouts; Saudi Arabia on Saturday claimed Khashoggi died during a brawl inside the consulate. The Saudi consul to Turkey and 18 other Saudi citizens have been considered as responsible in the killing.

Recent evidence unveiled that the murder was premeditated, yet, Saudi Arabia's consul to Istanbul left the country on Oct.16 for Riyadh, reportedly on a scheduled flight, without facing any obstacles as Turkish police prepared to search his residence.

The Vienna Convention also foresees that diplomats must not be liable to any form of arrest or detention and immune from civil or criminal prosecution, though the sending country may waive this right under.

EU foreign policy chief Federica Mogherini also stated last Saturday that the Khashoggi case is a "shocking violation" of the Vienna Convention, which states that consular premises "shall not be used in any manner incompatible with the exercise of consular functions."

Markar Esayan, Istanbul deputy of the ruling Justice and Development Party (AK Party) told Daily Sabah that Turkey lost significant time during the investigation as it was stalled by the comprehensive diplomatic immunities under the Vienna Convention. "[The] Khashoggi case should be a milestone for the whole world.

The Vienna Convention should be revised to prevent similar tragedies from happening," Esayan added.

Turkish crime scene investigators were only allowed to search the consulate on Oct. 15, nearly two weeks after Khashoggi disappeared. Police could not enter the consulate for days without Saudi consent, as premises of diplomatic missions are inviolable under the Vienna Convention.

Speaking to Daily Sabah on the issue, Uluç Özülker, a retired ambassador and professor at İstanbul Ticaret University, highlighted that entering diplomatic missions without the consent of the sending country is normally considered unacceptable. "However, the police can interfere in case of some serious crimes," Özülker added and touched upon a similar example in 1991.

In 1991, a protest was organized outside the Iraqi Consulate in Istanbul for the Turkmens suffering from the acts of Saddam Hussein. Two Turkmens protesters were shot dead with bullets fired from the windows of the consulate.

Turkey requested Iraq to hand over the responsible immediately, yet, the consulate re

Similar examples proving misuse of the Vienna Convention took place in other countries as well in the near past, which sparked discussion on the implementation of the convention.

In July 2017, the deputy director of security of the Israeli embassy in Amman opened fire after an alleged assault, killing two Jordanians. Officials in Amman treated the shooting as a criminal case and the Israeli embassy was closed shortly after. However, the security guard returned to Israel using diplomatic immunity, which ignited outrage among Jordanians.

Similarly, in 2016, Argentinian police announced that they seized 389 kilograms of cocaine in the Russian Embassy in Buenos Aires, which were attempted to be smuggled by personnel with diplomatic baggage. The diplomatic worker could only be arrested after 14 months of investigation, thanks to cooperation between the two countries.

to try the suspects

On Tuesday, Erdoğan also called on Saudi Arabia's leaders, including the king, to accede to a Turkish trial for the suspects, saying, "My proposal to the Saudis is that the 15 plus three, 18, people who were arrested should be tried on our soil, in Istanbul."

Underlining that world will not be satisfied with a trial in Saudi Arabia; Esayan said, "A trial held in Turkey where the crime was committed offers an opportunity for Saudi Arabia. Saudi Arabia can start over with a clean slate with an impartial trial in Turkey."

Accordingly, Foreign Minister Mevlüt Çavuşoğlu underlined yesterday that even though the consulate is considered Saudi soil, the Vienna Convention clearly states that the investigation into the murder of Khashoggi should be conducted in line with the Turkish law. Commenting on the jurisdiction of Turkey to try Saudi suspects, Özülker stated that the host nation at any time and for any reason can declare a particular member of the diplomatic staff to be persona non grata, to waive their diplomatic immunity.

However, since the suspects are all in Saudi Arabia, they could only be tried in Turkey if the kingdom agrees to hand them over.

"Turkey may cooperate with Interpol to issue a red notice for the Saudi consul and request Saudi Arabia to hand him over," Küçük said and added that in this case suspects can be tried in Turkey.